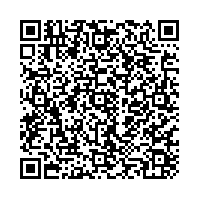 Subscribe to news
(PresseBox) ( London / Prague, 15-06-02 )
Research from International Data Corporation (IDC) shows that 6.7 million personal and entry-level storage devices shipped in EMEA in the first quarter of 2015, a decline of 8.8% from a year ago. IDC's Worldwide Personal and Entry-Level Storage Tracker also shows that there was a decline in shipment values, by 14.7% to $512 million.

In the personal storage segment, hard disk drive (HDD) vendors continued to gain share and dominate the market. The 1TB-3TB capacity range accounted for 70.28% of the segment. The affordability of personal storage and the facility to store data without any privacy/data breach or bandwidth concerns that end users encounter with some public cloud make personal storage devices the main source for consumers to store and manage their data, according to Jimena Sisa, senior research analyst, European storage research, IDC.