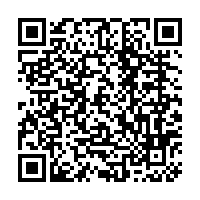 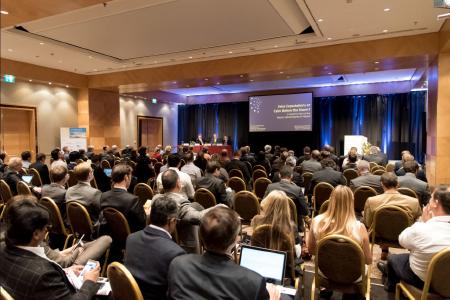 This fact was made abundantly clear at the International Automobile Recycling Congress IARC 2018 in Vienna last week. Electric mobility was a key topic in practically all of the 30 presentations held on March 14 and 15.

The presentations showed that the automotive recycling industry is preparing for the coming challenges of electric mobility. Christophe Pillot, Director of Avicenne Energy in France, was therefore particularly interested in the keynote speech. He reported on the state of development of electric mobility and the resulting challenges for the battery market. Other presentations dealt with producer responsibility for the batteries used in hybrid and electric cars as well as new safety aspects that play a role in handling these batteries.

In addition to the future-oriented topic of electric mobility, the IARC 2018 also covered an array of other subjects that currently concern automotive recyclers.

The spectrum ranged from the possible amendment of the EU End-of-Life Vehicles Directive to descriptions of the difficulties automotive recyclers are confronted with in practice – such as materials containing POPs in ELVs.

For cat recyclers, the current discussion about diesel cars in Europe and further improvements to diesel catalytic converters is also leading to a number of innovations. Oliver Krestin, Managing Director of Hensel Recycling GmbH, described the challenges facing cat recyclers in detail. In his presentation, Umicore's Thierry Van Kerckhoven pointed out that the recycling of auto cats is becoming increasingly complex.

The country reports, which are a traditional part of the IARC conference programme, were also very well received again this year. The agenda included reports on the development of the circular economy in Japan. Adina Renee Adler from the Institute of Scrap Recycling Industries (ISRI) examined the US shredding industry and Rajesh S. Desor from the US company Adams Scrap Recycling took a closer look at the automobile recycling market in the USA. Last but not least, Walter Kletzmayr from ARGE-Shredder GmbH, Austria, took stock of 25 years of recycling end-of-life vehicles in Austria.

More than 200 participants came to this year's IARC in Vienna. In addition, 13 companies exhibited their products and services. This year's plant tours on the third day of the congress took participants to the "energy and raw material from waste" power plant of the Energie- und Abfallverwertungs Gesellschaft in Niklasdorf, the scrap yard of Gebrüder Gratz GmbH in Edt near Lambach and the recycling facilities of the Müller-Guttenbrunn Group in Amstetten/Kematen. Next year,
the congress will again take place in Vienna from March 20 - 22, 2019.

ICM AG is an internationally leading congress organiser that specialises in the field of recycling. With a total of four congresses each year, ICM covers major topics that impact the circular economy, primarily focusing on the recycling of electrical and electronic goods, end-of-life vehicles, and batteries. The congresses are held alternately in various countries of Europe, in North America, and in Asia.

ICM is a Swiss company which has organised conferences in Europe, North America and Asia since the year 2000. The company was founded by Jeanette Duttlinger. Her team consists of 15 employees who speak German, English, Spanish, French, Italian, Japanese and Chinese.

Looking at the bigger picture