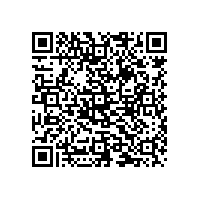 (PresseBox) ( ARMONK, NY, 08-09-12 )
One of the most significant systems of the Computer Age Pioneered "multitasking" and achievements that shape modern PCs, laptops, smartphones and the world's most powerful supercomputers Helped create IBM's culture of innovation

IBM will today celebrate the 50th anniversary of the Stretch supercomputer - a machine that was not a commercial success in its era, but helped revolutionize the computer industry by pioneering technologies that power everything from today's laptops and iPods to the world's largest supercomputers.

Just as important, it helped establish a culture of innovation at IBM that carries on to this day.

The occasion will be marked by a retrospective at the Computer History Museum, featuring three of the system's pioneers: Fred Brooks, Fran Allen and Harwood Kolsky. IBM Senior Vice President of Development and Manufacturing Rod Adkins will speak on the subject of the importance of innovation.

The Stretch computer was IBM's audacious 50s-era gamble to create a monster computer, 100 times faster than an IBM supercomputer of the day called the 704. When introduced, it was considered a failure, only 30 to 40 times faster than other systems. Less than 10 were built and the project was shelved.

But the story doesn't end there. Stretch was packed with technology breakthroughs so innovative, they would not die; stuff we take for granted today because it is pervasive throughout the technology landscape. Just a few examples:

Multiprogramming, enables a computer to juggle more than one job at a time.

Pipelining, or lining up instructions in a queue, so that the computer doesn't have to wait between operations.

Memory interleaving, breaking up memory into chunks for much higher bandwidth.

The eight-bit byte, establishing a standard size for the unit of data representing a single character.

These innovations help form the foundation of modern computing. Following the demise of Stretch, they found a home in IBM's next big project - the super successful System/360 mainframe - and from there entered the wider world of mainstream computing.