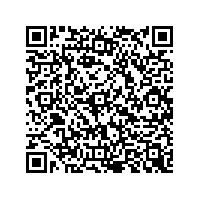 (PresseBox) ( Johannesburg, Zurich, Singapore and New York, 08-10-23 )
.
- New entry-level IBM z10 "Business Class" mainframe has the capacity of up to 232 x86 servers with 83% smaller footprint, up to 93% lower energy costs1
- Up to 50 percent more performance at half the price for incremental Linux workloads2
- High-end IBM System z10 features now available for mid-sized clients
- Nearly 40% faster, over 50% more total capacity and nearly four-times3 the maximum memory of its predecessor

IBM today announced a new mainframe to help mid-sized companies and customers in emerging markets jumpstart new application development efforts, consolidate IT server sprawl, and give qualified organizations a "pay as you grow" financial platform to build the mainframe as the foundation of their new enterprise data center.

The IBM System z10 Business Class (z10 BC) mainframe was introduced today at press conferences in Johannesburg, South Africa; Zurich, Switzerland; and Singapore. Additionally, in support of clients' needs for attractive financing options, IBM Global Financing is now offering "Why Wait," a no-interest, no-payments program for 90 days deferral to support qualified customers acquiring the new z10 BC now through the end of 2008.

Designed as a powerful, entry-level version of the IBM System z10 Enterprise Class (z10 EC) mainframe announced earlier this year, the IBM z10 BC provides mid-sized clients with all the unique attributes of an IBM mainframe. For example, companies in emerging markets (such as South Africa and Singapore) or in hot industries (such as social networking or mobile commerce) - can now afford IBM's flagship mainframe technology for under $100,000.

For customers seeking server consolidation options to cut costs, the IBM z10 BC delivers the capacity of up to 232 x86 servers, with 83% smaller footprint, up to 93% lower energy costs, and a much higher level of security, control and automation - allowing for up to 100% utilization.

Clients can also look to the IBM z10 BC as one of the industry's most flexible architectures for today's newest business and consumer applications, which are often created on different operating systems and various programming languages. With up to 130 capacity settings for running permanent and temporary workloads such as application hosting or testing efforts, the IBM z10 BC can give administrators an upgradeable system even if the business grows aggressively. For peak seasons, administrators can temporarily increase the system's capacity for cost management. The IBM z10 BC also offers unique processors known as "specialty engines" that expand the use of the mainframe for popular SAP, Linux, Java applications, among others. With the IBM z10 BC operating as the company's IT engine, business leaders will welcome the potential cost savings from using current in-house staff for revenue-generating IT initiatives, such as application deployment.

From a performance standpoint, the IBM z10 BC is nearly 40% faster, has over 50% more total capacity and nearly four times the maximum memory compared to its predecessor, the largest IBM z9 BC. Continuing with the lineage of the IBM System z10 EC, the new IBM z10 BC holds most of the same technology innovations as the EC model - such as the Enterprise Quad Core z10 processor chip with hardware accelerators and cryptographic functions that are highly useful for commercial and financial applications.

For more general but critical workloads like email, the IBM z10 BC can support an incremental 1,000 e-mail users with the energy of a 100 watt light bulb.4 Specifically, IT simply activates one Domino "specialty engine" for up to 7,500 users. More importantly, both IT managers and end users will welcome the mainframe's stellar availability and security benefits for seamless and fast email communications.

"Clients in a variety of industries in mature and emerging markets continue to invest in IBM mainframes to reduce energy costs, consolidate hardware, and securely manage the most world's most complex transactions. In fact, in 3Q'08, revenues from System z mainframe server products increased 25 percent compared with the year-ago period, with double-digit growth in all geographies. Total delivery of System z computing power, which is measured in MIPS (millions of instructions per second), increased 49 percent," said Anne Altman, general manager of System z at IBM.

Mid-Sized Clients Embrace The New Mainframe
Today's news comes on the heels of IBM's recent midmarket findings from the IBM Global CEO Study, the largest study of 1,130 chief executives ever conducted across 40 countries. The study noted that 9 out of 10 midmarket CEOs expect dramatic change, and 75% are changing business models to go global, drive growth and attract new customers. As a highly-efficient and flexible computing system, the IBM z10 BC is an ideal platform for growth and can easily scale to accommodate rapid expansion.

For new mainframe clients like Transzap (see press release at URL), founded in 1999, the company needed a computing platform that would scale to support its operations without requiring additional monthly costs in extra hardware, software or human capital. For Transzap, the IBM mainframe brings technology planning, and controlled power and energy allocation to its former "rack and stack" distributed server environment.

"Transzap operates Oildex, the energy industry's top ePayable system and digital data exchange. Our business and reputation rest on promising a fast, reliable and secure service to our clients," said Peter Flanagan, CEO of Transzap. "We're a small company but our transaction data volumes are growing upwards of 100 percent, annually. We couldn't trust our business to any competitive product other than the IBM System z."

For more than 40 years, Utah-based DHI Computing Service has been using IBM System z technology as the central means to process billions of electronic data records for their clients. With the guidance of IBM Business Partner Sirius Computer Solutions, who has been helping DHI for 10 years, DHI is now currently using the IBM System z10 business class mainframe running the z/VSE operating system and homegrown applications ranging from telecommunications to database technology.

"The IBM mainframe has been part of the DHI family for more than 40 years and we can't think of a more stable, faster technology platform anywhere in the world today," said Dirk Baum, CTO, DHI Computing Service, Inc. "When we looked at the new z10 Business Class mainframe, the processor speed was key for us - we're getting all the enterprise class features scaled to a more attractive price point for our specific business. Scalability and speed combined with a proven technology platform - that's the z10 Business Class and its perfect for our business needs."

Based in Switzerland, Osys is an Independent Software Vendor who has been working with IBM on developing applications to resell on IBM System z to clients for more than 20 years. Osys is itself an IBM System z mainframe customer, running Linux on z for its large mails and web server needs. Osys has the latest IBM mainframe offering, the IBM z10 business class (BC) mainframe and is currently testing and porting applications over to the new system.

"As a service provider for large customers in Switzerland, it is imperative that our System z specialists are highly skilled and adopt the latest innovative technology," said Gerard Luechinger, CEO, Osys AG. "We have had tremendous success with the IBM System z9 Business Class mainframe and expect even more success with the z10 BC. As a long-time IBM mainframe customer ourselves, we have been driving the mainframe business for more than twenty years because we believe that the technology platform is rock solid with all the best of breed qualities."

IBM Global Financing Available For Clients
IBM Global Financing now offers "Why Wait," a no interest no payments program for 90 days deferral plan to support eligible customers acquiring the new IBM System z10 BC now through the end of 2008. The promotion financing structure is a 36 month fair market value lease. Customers installing the new server under the promotion terms make no payments for 90 days, and then make 36 even monthly payments (33 payments in some countries). Customers must be credit qualified, lease the eligible equipment with IGF for the promotional term and structure, and install the product in participating countries by Dec 31, 2008, See your local IGF representative for details or visit: http://www.ibm.com/.... For international details, visit http://www.ibm.com/....

Novell and Red Hat Offers Now Available
For customers interested in additional IBM z10 BC "specials," available immediately until December 31, 2009 - from Novell Inc. - customers can get an IBM z10 BC Linux promotional price for one Free SUSE Self Study Kit per registered customer ($1095 Retail Value) and 40% discount to IBM and BP's off current SLES pricing. Details are available at http://www.novell.com/...

Red Hat Inc., the leading provider of open source solutions, has teamed with IBM through the Linux-on-Mainframe Program since May 2007 to expand the growth of Red Hat Enterprise Linux on IBM System z mainframes. Red Hat is offering a compelling IBM z10 BC Linux promotional 50% price reduction that is available immediately through June 30, 2009. For more information about Red Hat Enterprise Linux on IBM z10, visit http://www.redhat.com/....

To connect with professors, clients and students who work with the mainframe as the future of the data center, please visit the System z's Facebook page htt://www.facebook.com. keyword: systemz mainframe

To read the latest industry blog on the world of the mainframe, visit http://www.mainframe.typepad.com/...