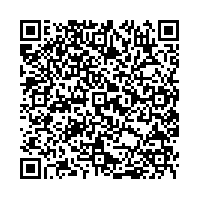 IBM maintains a broad selection of pay-by-the-hour supercomputing hardware in its Computing on Demand centers for customers and resellers who tap into the high-performance network as needed - hourly, weekly or yearly.

Facilities in New York and London offer global users a highly secure and scalable infrastructure featuring more than 56 terabytes of storage and 13,000 processors based on the latest technologies from Intel® and IBM®.

"With the Computing on Demand facility, Microsoft and IBM are delivering supercomputing performance to companies that could previously not afford it or never had access to it," said Vince Mendillo, director of HPC marketing at Microsoft Corp.

"IBM's On Demand Centers are an effective way for new users to tap into the power of supercomputers," said Steve Remondi, CEO of Exa Corp., Burlington, Mass. Exa packages engineering software with IBM's On Demand resources to offer businesses remote supercomputer applications. "Many of our customers have never used supercomputers before," Remondi said. "But they immediately realize that high-performance computing offers a competitive edge."