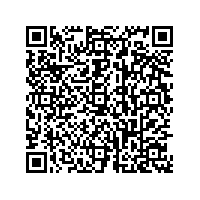 Subscribe to news
(PresseBox) ( East Fishkill/ NY, 09-03-16 )
IBM (NYSE: IBM) has announced that it has reached a significant milestone as the microprocessor supplier for Nintendo Co., Ltd., by completing the shipment of 50 million processors for the Wii(TM) game system, which has tremendous worldwide sales momentum.

IBM partnered with Nintendo to develop and manufacture in volume a custom-designed, high-performance microprocessor to support Nintendo's goals of participatory game play and a compact, energy efficient console.

"We are proud to have achieved this important milestone in supplying the microprocessor for Nintendo's Wii system, which has brought millions of new consumers to the gaming experience," said Brian Connors, vice president, games and power platforms for IBM Microelectronics. "IBM has a long, successful relationship with Nintendo combining silicon technology with game system creativity to deliver winning products."

"We value IBM's ongoing technology contributions and commitment to Nintendo," said Genyo Takeda, general manager of integrated research and development, Nintendo Co., Ltd. "IBM's Power Architecture provided a flexible platform for developing a custom processor to enable the Wii console's unique design, and IBM has been a valued partner for the processors in support of the growing demand for the Wii."

The worldwide leader and innovator in the creation of interactive entertainment, Nintendo Co., Ltd., of Kyoto, Japan, manufactures and markets hardware and software for its popular home and portable video game systems. For more information about Nintendo, visit www.nintendo.com.

About IBM: For more information about IBM's semiconductor products and services, visit www.ibm.com/technology.