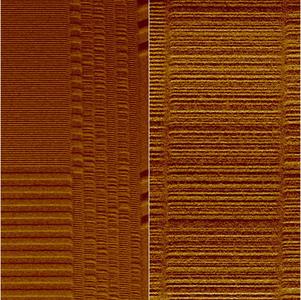 (PresseBox) ( SAN JOSE, Calif., 06-05-18 )
IBM researchers today announced they have demonstrated a world record in data density on linear magnetic tape, a dramatic indication that one of the computer industry's oldest and still most affordable data storage technologies has the potential to provide increased capacity for years to come.

The researchers at IBM's Almaden Research Center in San Jose, Calif., packed data onto a test tape at a density of 6.67 billion bits per square inch -- more than 15 times the data density of today's most popular industry standard magnetic tape products. To achieve this feat they created several new data-recording technologies and worked with Fuji Photo Film Co., Ltd. of Japan to develop a next-generation dual-coat magnetic tape capable of storing high-density data.

The demonstration shows that magnetic tape data storage should be able to maintain its cost advantage over other technologies for years to come. When these new technologies and tape become available in products – projected to be in about five years – a cartridge the size of an industry-standard Linear Tape Open (LTO) tape cartridge could hold up to 8 trillion bytes (terabytes) of uncompressed data. This is 20 times the capacity of today's LTO-Generation 3 cartridge, which is about half the physical size of a VHS videocassette. Eight terabytes of data is equivalent to the text in 8 million books, which would require 57 miles of bookshelves.

"Today's announcement tells our customers that IBM has the technology to continue to improve its tape products to address their growing needs for affordable and robust data storage," said Cindy Grossman, vice president, IBM Tape Storage Systems. “Greater data density and cartridge capacity enables them to store more data in less space, keeping magnetic tape as the most cost-effective form of data storage." The long-term and cost-effective storage of data has become an absolute imperative. The continuing growth of established business applications like Customer Relationship Management, the digitization of content throughout the enterprise or firm’s reliance on email are resulting in storage capacity requirements that grow at an average of 15% to 25% per year (according to Forrester, March 2006).

The necessity to retain, archive, and ensure the authenticity of data to be compliant with government regulations such as the Sarbanes-Oxley Act of 2002 (SOX) further aggravates this situation. SOX requires companies listed at US stock markets, as well as their subsidiary companies, to collect and store all data in a non-filtered manner. Corporate governance in Europe is currently also moving towards a SOX-type regime. The European Union has issued a series of directives intended to harmonize company law throughout the member states. Specifically the fourth, seventh and eighth directives cover corporate accounting requirements for archiving data. Also the debate about a new law in the EU that will require telecommunications companies to keep phone and Web site records for as long as two years will entail the requirement for higher storage capacity.

Businesses use magnetic tape to store large volumes of important data that are used infrequently or don't require sub-second access times. These uses include data archives, backup files, replicas for disaster recovery and retention of information required for regulatory compliance. Such data are often contained within automated tape libraries where one or more read-write units service dozens to thousands of tape cartridges. High-end tape libraries can thus store petabytes – millions of gigabytes – of information. On a per-gigabyte basis, tape systems are currently about one-fifth to one-tenth the cost of today's hard-disk-drive storage systems, depending on their size. Moreover, tape cartridges consume no energy unless they are being accessed – unlike spinning disks, which need occasional use to remain operational – providing another area of potential cost savings.

IBM's record-breaking demonstration trumped its 2002 recording of a terabyte of date onto a single 3592-sized cartridge at a density of 1 billion bits per square inch. Over the past two years, Almaden researchers worked closely with Fuji Photo Film Co., Ltd., engineers on the development of a new dual coat magnetic tape media capable of high-density recording. The Almaden researchers also developed technologies to dramatically improve the capabilities of read-write heads and the methods for positioning the heads and handling the tape to enable data tracks one-tenth as wide as in current products. Scientists from IBM's Zurich Research Laboratory developed a new coding method that improved the accuracy of reading the tiny magnetic bits.

"This demonstration confirms IBM's continued leadership in magnetic tape technology," said Spike Narayan, senior manager of advanced technology concepts at IBM Almaden. "This is a major milestone in our program and gives magnetic tape the density boost that we gave hard-disk drives in the 1990s."

IBM has a long history of innovation in magnetic tape data storage. Its first commercial tape product, the 726 Magnetic Tape Unit, was announced 54 years ago next week. It used reels of half-inch-wide tape that each had a capacity of about 2 megabytes. In 2002, IBM demonstrated data capacity 500,000 times greater in its 1-terabyte cartridge demonstration. According to IDC, IBM was the 2005 revenue leader in the $4.82 billion worldwide branded tape drive and tape library automation marketplace.

The demonstration was performed at product-level tape speeds (4 meters per
second) and achieved error rates that should be correctable, using advanced error-correction techniques, to meet IBM's specification for its LTO-3 products.