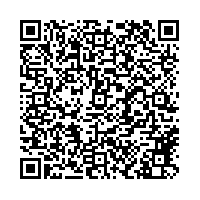 In many organizations, software developers are fast becoming the nucleus of innovation, crucial to all business processes. They build the services and capabilities that will underlie future revenue and generate business opportunity. In fact, developers drive so much business value that the average enterprise devotes 30 to 50 percent of its entire technology infrastructure to the development and testing of software.

The new compiler, a result of collaboration between IBM and its partners in the European Union funded Milepost consortium, is expected to dramatically reduce time-to-market for new software designs. Applications can now be more quickly tuned for the targeted architecture, shortening the development cycle. For example, when a company wants to develop a new mobile phone, it normally takes application developers many months to get their software running at an acceptable level of performance. Milepost GCC can reduce the amount of time it takes to reach that level by a factor of 10.

"Our technology automatically learns how to get the best performance from the hardware - whether mobile phones, desktops, or entire systems - the software will run faster and use less energy," noted Dr. Bilha Mendelson, Manager of Code Optimization Technologies at IBM Research - Haifa. "We opened the compiler environment so it can access artificial intelligence and machine learning guidance to automatically determine exactly what specific optimizations should be used and when to apply them to ramp-up performance."

"We've developed a more cost effective development process where you can choose to integrate additional functionality or use less power in your current system," explained Mike O'Boyle, Professor of Computer Science at the School of Informatics, University of Edinburgh and Project Coordinator for Milepost. "Previously, the same devices could only support a limited list of features while still maintaining a high level of performance. Significantly boosting an application's performance means there's now more room for added functionality while maintaining high performance."

As a by-product of the Milepost technology, the consortium has launched a code-tuning web site available to the development community. Developers can upload their software code to the site and automatically get input on how to tune their code so it works faster.

The Milepost GCC compiler is available to everyone as of June 25 from the consortium's website http://www.milepost.eu. The project consortium includes the IBM Haifa Research Lab, Israel; the University of Edinburgh, UK; ARC International Ltd., UK; CAPS Enterprise, France; and INRIA, France.