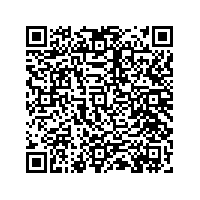 Punctuating 30 years of nanotechnology research, scientists from IBM Research (NYSE: IBM) have successfully demonstrated the ability to store information in as few as 12 magnetic atoms. This is significantly less than today's disk drives, which use about one million atoms to store a single bit of information. The ability to manipulate matter by its most basic components - atom by atom - could lead to the vital understanding necessary to build smaller, faster and more energy-efficient devices.

By taking a novel approach and beginning at the smallest unit of data storage, the atom, scientists demonstrated magnetic storage that is at least 100 times denser than today's hard disk drives and solid state memory chips. Future applications of nanostructures built one atom at a time, and that apply an unconventional form of magnetism called antiferromagnetism, could allow people and businesses to store 100 times more information in the same space.

"The chip industry will continue its pursuit of incremental scaling in semiconductor technology but, as components continue to shrink, the march continues to the inevitable end point: the atom. We're taking the opposite approach and starting with the smallest unit -- single atoms -- to build computing devices one atom at a time." said Andreas Heinrich, the lead investigator into atomic storage at IBM Research - Almaden, in California.

The research was published today in the peer-reviewed journal Science.

The most basic piece of information that a computer understands is a bit. Much like a light that can be switched on or off, a bit can have only one of two values: "1" or "0". Until now, it was unknown how many atoms it would take to build a reliable magnetic memory bit.

With properties similar to those of magnets on a refrigerator, ferromagnets use a magnetic interaction between its constituent atoms that align all their spins - the origin of the atoms' magnetism - in a single direction. Ferromagnets have worked well for magnetic data storage but a major obstacle for miniaturizing this down to atomic dimensions is the interaction of neighboring bits with each other. The magnetization of one magnetic bit can strongly affect that of its neighbor as a result of its magnetic field. Harnessing magnetic bits at the atomic scale to hold information or perform useful computing operations requires precise control of the interactions between the bits.

The scientists at IBM Research used a scanning tunneling microscope (STM) to atomically engineer a grouping of twelve antiferromagnetically coupled atoms that stored a bit of data for hours at low temperatures. Taking advantage of their inherent alternating magnetic spin directions, they demonstrated the ability to pack adjacent magnetic bits much closer together than was previously possible. This greatly increased the magnetic storage density without disrupting the state of neighboring bits.

In the company's 100 year history, IBM has invested in scientific research to shape the future of computing. Today's announcement is a demonstration of the results garnered by IBM's world-leading scientists and the company's continual investment in and focus on exploratory research.

IBM Research has long been a leader in studying the properties of materials important to the information technology industry. For more than fifty years, scientists at IBM Research have laid the foundation of scientific knowledge that will be important for the future of IT and sought out discoveries that can advance existing technologies.

For additional information, including high-resolution images and an animation explaining the technique, visit www.ibm.com/atomicscalememory