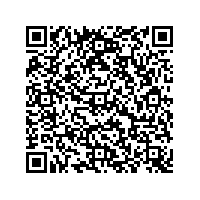 Subscribe to news
(PresseBox) ( Armonk, NY / Copenhagen, Denmark, 09-02-25 )
IBM today announced its membership in the EDISON research consortium, a Denmark based collaborative aimed at developing an intelligent infrastructure that will make possible the large scale adoption of electric vehicles powered by sustainable energy.

The EDISON effort (Electric Vehicles in a Distributed and Integrated Market using Sustainable Energy and Open Networks) consists of IBM, Denmark's largest energy company DONG Energy, the regional energy company of Oestkraft, Technical University of Denmark, Siemens, Eurisco and the Danish Energy Association. Due to the environmental benefits of the electric vehicle technologies, the research will be partly funded by the Danish government.

Market introduction and investment plans in Denmark will result in upwards of 10% of the country's vehicles being all electric or hybrid electric during the coming years. In order to minimize CO2-emissions linked to electrified transport, global attention on vehicles and infrastructure that will maximize the use of renewable energy for mobility has increased. To achieve this on a large scale, electric vehicles require smart technologies to control charging and billing and to ensure the stability of the overall energy system.

"Denmark, the host of the 2009 United Nations Climate Change conference and the most energy efficient country in the EU, further underscores its ambitions here with the Edison project announcement," said Guido Bartels, General Manager of IBM's Global Energy & Utilities industry. "There is already broad consensus that both wind energy and electric vehicles have enormous potential for a sustainable energy future-bringing the two together promises to be a winning combination."

The first step of the consortium is to develop smart technologies to be implemented on the Danish island of Bornholm, designed to function as a testbed. The island has 40,000 inhabitants and an energy infrastructure characterized by a large proportion of wind energy. Creating a testbed on the island will allow researchers to study how the energy system functions as the number of electric vehicles increases. The studies will be simulation-based and will not impact security of supply on the island.

Within the project, researchers from IBM Denmark and from IBM's Zurich Research Laboratory will develop smart technologies that synchronize the charging of the electric vehicles with the availability of wind in the grid. IBM has also contributed a hardware platform to the Technical University of Denmark that will be used for large-scale real-time simulations of the energy system and the impact of electric vehicles. When completed, the project will contribute to reaching the political objective of increasing the share of renewable energy in overall energy consumption.

"Electric vehicles are one of the technologies we can use to incorporate renewable energy into transportation," said Danish Minister of Climate and Energy Connie Hedegaard, "That is why we are making it possible for electric cars to enter the market in order to replace conventional fuel. Projects like Edison show how it's possible to create sustainable solutions in real life."

While various companies have announced initiatives in Denmark that will contribute to the overall adoption of an electric vehicle system, EDISON will address the entire end to end process to make the system possible-this includes ensuring overall grid stability and supporting the increased use of renewable energy. The smart technologies developed within EDISON may also be applied to the management of other types of decentralized batteries throughout the grid.

"Electric vehicles have enormous potential for creating a cleaner energy system as well as a cleaner transport system," said Tim Mondorf, Nordic Business Development Executive, Energy & Environment at IBM. "We look forward to creating a working, intelligent management system first on the real-life test laboratory of the island of Bornholm, and in the longer term for Denmark as a whole."

IBM is working with clients in nearly 50 Smart Grid engagements across emerging and mature markets. More about IBM's vision to bring a new level of intelligence to how the world works-how every person, business, organization, government, natural system, and man-made system interacts, can be found here: http://www-03.ibm.com/...

For more information on smart utilities at IBM visit: