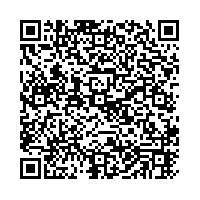 (PresseBox) ( Armonk/NY, 09-03-18 )
IBM (NYSE: IBM) today announced it has teamed up with QLogic (Nasdaq: QLGC) to become one of the only technology companies to offer the ability to run a full 8 Gigabit (Gb) Fibre Channel data center from the blade to switch and to storage. The new end-to-end technology will be featured on the entire family of IBM BladeCenter offerings and deliver speedy transfer rates; twice as fast as what is used today in competitive blade servers. Compared with current 4 Gb technology products, this means enough computing power to potentially reduce costly host bus adaptor (HBA) and switch hardware in the data center by nearly 68 percent - saving both money and space.

To achieve these benchmark-leading transfer rates, IBM BladeCenter will take advantage of the company's self-managing virtualization software BladeCenter Open Fabric Manager. The Open Fabric Manager, along with the 8 Gb Fibre Channel performance enhancements available on BladeCenter, is intended help IT managers not only accelerate traffic flow on a growing number of corporate networks, but maintain the performance their mission-critical input/output (I/O) applications such as virtualization, databases and collaboration software.

"With advancements like end-to-end 8 Gb technology, IBM is moving to offer a faster, self-managed technology that increases client network's efficiency, while protecting their current BladeCenter investment," said Alex Yost, vice president, IBM BladeCenter. "And because IBM is able to bring technology to market quickly, clients get superior performance and management and lower costs."

A number of IBM Business Partners are utilizing IBM BladeCenter technology in order to help their customer's transition to a modern, efficient data center network. For example, Voltaire Ltd. recently announced it will design a next-generation, high-performance switch for IBM BladeCenter, designed to deliver 40 Gb/s InfiniBand connectivity - intended to be twice as fast as traditional InfiniBand - to accelerate performance of applications running on BladeCenter.

Building a Foundation for Future Networking

The IBM BladeCenter Open Fabric Manager also allows clients to take advantage of their existing switch technology and investments. It can manage up to 100 chassis from a single management screen at no additional cost.

For more information about IBM and BladeCenter, visit www.ibm.com/blades.