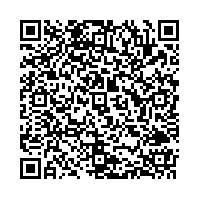 For a record-setting tenth consecutive time, an IBM (NYSE: IBM) system holds the number one position in the ranking of the world's most powerful supercomputers. The IBM computer built for the "roadrunner project" at Los Alamos National Lab – the first in the world to operate at speeds faster than one quadrillion calculations per second (petaflop) -- remains the world speed champion. IBM also declared its intent to break the exaflop barrier, and has created a Research ‘collaboratory’ in Dublin, in partnership with the Industrial Development Agency (IDA) of Ireland, which is focused on achieving exascale computing and making it useful for businesses. An exaflop is a million trillion calculations per second, which is 1000 times faster than today’s petaflop-class systems.

The latest semi-annual ranking of the World's TOP500 Supercomputer Sites was released today during the International Supercomputing Conference in Hamburg, Germany. Results show the IBM system at Los Alamos National lab, which clocked in at 1.105 petaflops, is nearly three times as energy-efficient as the number 2 computer to maintain similar levels of petascale computing power. IBM’s number one system performs 444.9 megaflops per watt of energy compared only 154.2 megaflops per watt for the number 2 system.

IBM sets sights on Exascale Systems for a Smarter Planet

Having ushered in the petaflop era a year ago, IBM has established a Research collaboratory in Dublin, Ireland, in collaboration with the IDA, focused on achieving exascale computing and making it beneficial for businesses with technologies like stream computing to analyze massive amounts of real time data. This is the first collaboratory that IBM has announced, and the company intends to create more around the world.

"It's an honor to hold the record for the world's most powerful computer, but what is critical is building supercomputers that help advance the global economy and society at large," said David Turek, vice president, IBM Deep Computing. “This philosophy led IBM to be the firs to break the petaflop barrier and we will continue to work to benefit of science and industry by applying lessons learned as we march towards the exaflop barrier.”

An IBM collaboratory is a laboratory where IBM Researchers co-locate with a university, government, or commercial partner to share skills, assets, and resources to achieve a common research goal.

IBM Researchers are already at work with government and academic leaders to develop exascale systems that will help solve the complex business and scientific problems of the future. This research collaboratory will enable IBM supercomputing and multidisciplinary experts to work directly with University researchers from Trinity College Dublin, Tyndall National Institute in Cork, National University of Ireland Galway, University College Cork and IRCSET, the Irish Research Council for Science, Engineering and Technology to develop computing architectures and technologies that can overcome current limitations –such as space and energy consumption--of dealing with the massive volumes of real-time data and analysis.

The technical research will explore innovative ways of using new memory architectures, interconnecting technologies and fabric structures, and will evaluate business applications that would benefit from an exascale streaming platform.

While high performance computing today primarily focuses on scientific applications in areas such as physics or medicine, the exascale research in Dublin will also focus on how these new powerful computing systems can be applied to solving complex business problems. The research will include both technical and applications research. For example, the application research for exascale computing will study financial services using real-time, intelligent analysis of a company’s valuation developed from business models using data from investor profiles, live market trading and RSS news feeds.

“IBM led the industry in breaking the petaflop barrier last year,” continued Turek. “Developing exascale systems challenge space and energy limitations, requiring extremely sophisticated systems management and application software that can take advantage of this computational capability. This new collaboratory is already at work solving some of these issues.”

IBM provides a broad portfolio of systems, storage and software technology to the supercomputing market, more than any other vendor. The company's innovative HPC solutions have created a new scientific force for tackling the world's grand challenges around climate science, the hunt for new sources of energy, creating new gene-based medicines, and have made significant contributions to basic scientific inquiry in physics and biology.