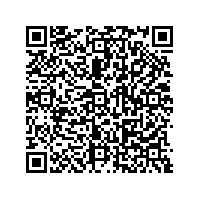 (PresseBox) ( Brussels, 12-01-05 )
IBM (NYSE: IBM) today announced the European Commission (EC), the executive body of the European Union, has awarded 27 IBM Data Centers for energy efficiency, based on the European Union (EU) Code of Conduct for Data Centers. The honor represents the largest portfolio of data centers from a single company to receive the recognition.

The EU Code of Conduct was created in response to increasing energy consumption in data centers. The EU aims to inform and encourage data center operators and owners to reduce energy consumption in a cost-effective manner without decreasing mission critical data center functions. The assessment is made against a set of best practices to reduce energy losses which include the usage of energy efficient hardware, installing free cooling and cold aisle containment. Power usage effectiveness (PUE) is an indicator for how efficiently a computer data center uses its power. In May, the Uptime Institute gave IBM data centers a rating of 1.65 for average power usage compared to the industry average of 1.8.

The awarded 27 IBM Green Data Centers represent over 70 percent of IBM's strategic outsourcing data centers in 15 European countries. Many of the data centers have also been designed to support cloud computing, in an effort to help clients around the world operate smarter. The energy improvements implemented in these data centers helped IBM meet a goal set in 2007 to double the IT capacity of its data centers within three years without increasing the power consumption.

"Data centers have always been a critical part of IBM's heritage and are a significant part of our energy use and costs," said Harry van Dorenmalen, IBM Chairman, Europe. "The recognition of our commitment and leadership by the EU Code of Conduct is important to us since energy and climate related issues are part of IBM's long standing corporate commitment to environmental leadership. Based on our Smarter Planet vision we can substantially reduce energy consumption in many ways in our society."

IBM uses analytics to operate its data centers, implementing the company's Mobile Measurement Technology (MMT), which was developed by IBM Research. This technology instruments the data centers with thousands of sensors to record and analyze temperatures and air flow to detect hot and cold spots. By providing energy flow insight, MMT provides the intelligence to efficiently cool its data centers with a high measure of security and reliability and significant reduction in cost.

The 27 IBM Green Data Centers that have been honored by the EC represent over 70 percent of IBM's strategic outsourcing data centers in 15 European countries. The energy improvements implemented in these data centers helped IBM meet a goal to double their IT capacity within three years without increasing their power consumption.

About the EU Code of Conduct

This Code of Conduct has been created in response to increasing energy consumption in data centers and the need to reduce the related environmental, economic and energy supply security impacts. The aim is to inform and stimulate data center operators and owners to reduce energy consumption in a cost-effective manner without hampering the mission critical function of data centers. The Code of Conduct aims to achieve this by improving understanding of energy demand within the data center, raising awareness, and recommending energy efficient best practice and targets.