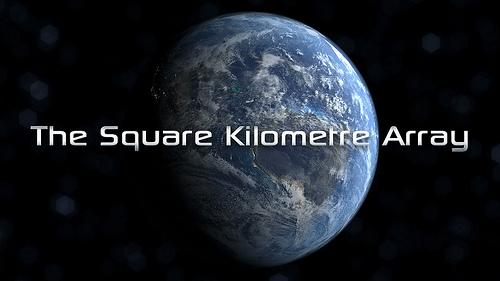 (PresseBox) ( Pretoria, South Africa, 13-03-11 )
Square Kilometer Array (SKA) South Africa, a business unit of the country's National Research Foundation is joining ASTRON, the Netherlands Institute for Radio Astronomy, and IBM in a four-year collaboration to research extremely fast, but low-power exascale computer systems aimed at developing advanced technologies for handling the massive amount of data that will be produced by the SKA, which is one of the most ambitious science projects ever undertaken.

The SKA is an international effort to build the world's largest and most sensitive radio telescope, which is to be located in Southern Africa and Australia to help better understand the history of the universe. The project constitutes the ultimate Big Data challenge, and scientists must produce major advances in computing to deal with it. The impact of those advances will be felt far beyond the SKA project-helping to usher in a new era of computing, which IBM calls the era of cognitive systems.

When the SKA is completed, it will collect Big Data from deep space containing information dating back to the Big Bang more than 13 billion years ago. The aperture arrays and dishes of the SKA will produce 10 times the global internet traffic*, but the power to process all of this data as it is collected far exceeds the capabilities of the current state-of-the-art technology.

As part of the global effort to solve this unprecedented challenge, last year, ASTRON and IBM launched a public-private partnership called DOME, to develop a fundamental IT roadmap for the SKA. The collaboration includes a user platform where organizations from around the world can jointly investigate emerging technologies in high-performance, energy-efficient computing, nanophotonics, and data streaming. Through its SKA South Africa unit, the National Research Foundation is now a user platform partner in DOME.

"The DOME collaboration brings together a dream team of scientists and engineers in an exciting partnership of public and private institutions. This project lays the foundation to help the scientific community solve other data challenges such as climate change, genetic information and personal medical data," said Simon Ratcliffe, Technical Coordinator, DOME-South Africa.

Scientists from all three organizations will collaborate remotely and at the newly established ASTRON & IBM Center for Exascale Technology in Drenthe, the Netherlands.

More specifically, scientists from SKA South Africa will focus on the following research themes:
-- Visualizing the challenge - fundamental research will be conducted into signal processing and advanced computing algorithms for the capture, processing, and analysis of the SKA data so clear images can be produced for astronomers to study;
-- Desert-proof technology - the DOME team is researching and prototyping microserver architectures based on liquid-cooled 3D stacked chips. The team in South Africa will extend this research to make the microsevers rugged or "desert proof" to handle the extreme environmental conditions where the SKA will be located; and
-- Software analytics - the 64 dishes of the MeerKat telescope in South Africa will be used for the testing and development of a sophisticated software program that will aid in the design of the entire computing system holistically and optimally-taking into account all of the cost and performance trade-offs for the eventual 3,000 SKA dishes.

"The DOME research has implications far beyond astronomy. These scientific advances will help build the foundation for a new era of computing, providing technologies that learn and reason. Ultimately, these cognitive technologies will help to transform entire industries, including healthcare and finance," said Dr. Ton Engbersen, DOME project leader, IBM Research. "For example, we are designing a system for storing information that learns from its interactions with the data and parcels it out in real time to the storage medium that's most appropriate for each bit, which can also be applied to medical images."

"DOME is not only innovating in the laboratory, but our user platform is setting a new standard in open collaboration," said Dr. Albert-Jan Boonstra, DOME project leader, ASTRON. "In addition to SKA South Africa, four additional organizations are expected to join in the coming weeks including universities and small and medium-sized businesses located in the Netherlands."

The initial five-year DOME collaboration is realized with financial support of the Dutch Ministry of Economic Affairs, Agriculture and Innovation (EL&I) and from the Province of Drenthe.

IBM and ASTRON scientists will be hosting a SmartCloud virtual recruiting event on 26 March for several open positions within the DOME project. For details visit www.zurich.ibm.com/astron/

The Square Kilometre Array project is a global science and engineering project to build the world's largest radio telescope.

The SKA will see back to a time before the first stars lit up. Optical telescopes see the light from stars. Before stars existed there was only gas; a radio telescope with the sensitivity of the SKA can see back in time to the gas that existed before stars were even born.

The SKA will address a wide range of fundamental questions in physics, astrophysics, cosmology and astrobiology. It will be able to investigate previously unexplored parts of the distant Universe.

The project is led by the SKA Organization, a not-for-profit company with its headquarters at Jodrell Bank Observatory, near Manchester, UK. The organization was established in December 2011 to formalize relationships between the international partners and centralize the leadership of the project.

The SKA will be built in Southern Africa and Australia. There will be 3,000 dish antennas, each about 15 m in diameter as well as two other types of radio wave receptor, known as low- and mid-frequency aperture array antennas. The mid-frequency aperture arrays will be built in South Africa and are envisaged to be a major component of the SKA Phase 2. The antennas will be arranged in five spiral arms and the dishes in Southern Africa will extend to distances of at least 3,000 km from the centre of the core region. Construction of the SKA is expected to begin in 2017 and conclude in 2024.

About SKA South Africa and NRF

SKA SA was established by the Department of Science and Technology of South Africa and is administered as a business unit of the National Research Foundation (NRF).

The main programs falling under SKA SA are the hosting of the SKA, the construction of the 64-dish SKA pre-cursor telescope known as MeerKAT, the establishment and protection of the Radio Astronomy Reserve in the Karoo region in South Africa, the development of a substantial human capital development program, and the development of the African VLBI Network.

As an independent government agency, the NRF promotes and supports research in all fields of knowledge. It also conducts research and provides access to National Research Facilities. The NRF provides services to the research community especially at Higher Education Institutions (HEIs) and Science Councils with a view to promote high-level human capital development. The NRF aims to uphold excellence in all its investments in knowledge, people and infrastructure.

ASTRON is the Netherlands Institute for Radio Astronomy, part of the Netherlands Organisation for Scientific Research (NWO). Its mission is to make discoveries in radio astronomy happen, via the development of novel and innovative technologies, the operation of world-class radio astronomy facilities, and the pursuit of fundamental astronomical research. See also: www.astron.nl.