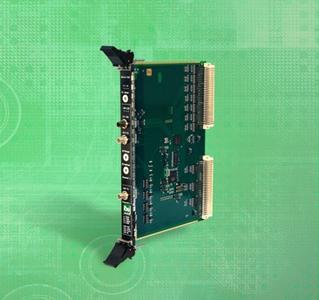 (PresseBox) ( Fürth, 13-07-09 )
For users of VMEbus based controllers, iba AG based in Fuerth (Northern Bavaria) has innovated the proven ibaLink module fundamentally. Due to the now higher performance of the module, it is possible to read the control data of established suppliers of automation technology at cycle speeds of up to 25 µs in real time and further process these data. Compared to the successful predecessor ibaLink-SM-128V-i-2o, the number of signals which can be transferred simultaneously, has increased tenfold. The control data are transferred to the iba measurement data acquisition system using a fibre optics connection. The data acquisition system analyzes the process data and allows for an event based data management.

The ibaLink-VME module is suited for all controllers which are based on a common VME32- or VME64-system. Among other things, using this module, a connection to the control systems of the vendors Siemens, Converteam and GE can be established. The iba module is plugged into the system and has - following a simple configuration - full access to the system. The ibaLink VME module replaces the predecessor module ibaLink-SM-128V-i-2o. This module was able to transfer signals in a millisecond cycle. For controllers working with a 600 µs-time slot like the Simatic-TDC controller, the predecessor module could not provide images with cycle accuracy. The new ibaLink-VME can process cycle speeds of up to 25 µs and is - compared to the predecessor - forty times faster. Moreover, the 3.3-Mbit/s-FO protocol has been replaced by a 32-Mbit/s-protocol with a flexible data rate (ibaNet Flex-protocol). Instead of the 128 signals that the predecessor could transfer, the enhanced version can now transfer 1,024 analogue and 1,024 digital signals in ms cycle.

The ibaLink-VME can be operated using different protocols. The highest degree of flexibility is offered by the new ibaNet-protocol 32Mbit Flex. When using the ibaLink-VME with 32Mbit Flex, the data rate, the data amount and the data format can be selected freely. For small data amounts, the cycle time can be reduced down to 25 μs at 65 Bytes. The highest selectable data amount is 4.060 Bytes. In this mode, the cycle time is 1.4 ms. Cascading of up to 15 devices is possible. For keeping up the compatibility to the predecessor, the module can be operated in the 3.3-Mbit mode. In this mode, up to eight devices can be connected in series.

- Compatible to the predecessor module ibaLink-SM-128V-i-2o

The iba AG based in Fuerth (Northern Bavaria), is considered globally to be a leading specialist for high-quality, PC-based systems for data acquisition and analysis, signal processing and automation. Iba products are used in steel and metal industries, pulp and paper industries, in the field of transportation systems, for test benches as well as for power supply and wind turbines. The main feature of iba products is their distinct connectivity to other systems and bus technologies. An iba data acquisition system can be connected to almost every common automation system.

Beflügelt von der aktuellen Corona-befeuerten Digitaltechnologie-Euphorie stellte Dell Technologies auf der jährlichen Dell Technologies World gleich ein ganzes Bündel von „APEX“-Services vor. Zweiter Schwerpunkt der Veranstaltung waren intelligente Technologien für das Edge. read more
The publisher indicated in each case is solely responsible for the press releases above, the event or job offer displayed, and the image and sound material used (see company info when clicking on image/message title or company info right column). As a rule, the publisher is also the author of the press releases and the attached image, sound and information material.
The use of information published here for personal information and editorial processing is generally free of charge. Please clarify any copyright issues with the stated publisher before further use. In the event of publication, please send a specimen copy to service@pressebox.de.