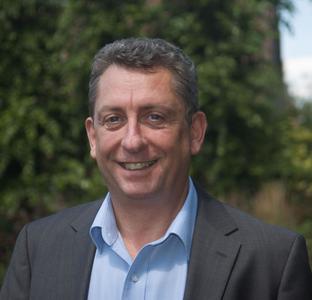 (PresseBox) ( Langhorne, 11-07-14 )
A completely new approach to automation in the graphic arts industry has been launched in Europe following the creation of Hybrid Software NV by American company Hybrid Integration, which has also changed its name to Hybrid Software as part of its recent global expansion programme. The European subsidiary, which has its headquarters in Kortrijk, Belgium, will also be responsible for Eastern Europe and Latin America. Heading the new company is Jan Ruysschaert, who is well known in the industry for the leading role he played while at Artwork Systems and EskoArtwork.

"For thirty years I've worked for major graphic arts suppliers that provided systems and software for pre-press applications and I've never come across an approach to integration in the way that Hybrid Software has taken with its Order Lifecycle Management concept,' says managing director Jan Ruysschaert. "OLM turns on its head conventional thinking about how to integrate a company's existing hardware, software and workflows. By treating integration as a product, printers have, for the first time, the opportunity for low cost of ownership in this area.

"Printing companies, whether they operate in the field of labels, packaging, screen and signage, digital or conventional offset printing, inevitably end up using a mixture of pre-press equipment and workflows as well as planning, accounting, administration software and databases that have been purchased at different times from various sources. Invariably, these products do not communicate with each other, which often results in significant levels of inefficiency, mistakes and wastage.

"JDF is not compatible with many legacy systems, and traditional integration methods are too expensive and lengthy for many printers to consider. With margins today generally so tight, even the smallest error in job specifications or graphics can easily eliminate the profit on a job, and Hybrid's products prevent this by providing a high level of process automation using a printer's existing production systems. One North American carton printer cut file-related reprints to zero immediately after implementing Hybrid's Job Management System(TM) in its production facilities."

Over the years, Hybrid has changed from an integrator, to a custom software developer, and finally to a product-driven enterprise software company. The latest versions of Hybrid's products will be demonstrated at LabelExpo Europe. All of Hybrid's products operate via web browser technology and provide vendor-independent solutions based on industry standards such as JDF/JMF and SQL.

The products can be organised into three main families. The first of these is FrontDesk, which is the interface between the customer and the printer. It provides a web-to-print portal that offers customers powerful file upload and download facilities plus comprehensive job interaction, from on-line ordering through all stages of tracking, proofing and approvals to delivery of the completed work. Optional components of FrontDesk include integrated soft proofing and annotation systems from industry-leading vendors, on-line editing and variable data, and powerful campaign management and store profiling tools for high-volume retail applications.

The second product, FaceLift, provides seamless integration between production workflows, MIS/ERP systems, third-party websites, external databases and other sources of digitally held information. It enables total transparency of what is happening to the job, between the initial order and its delivery. Users can create their own templates to encompass every stage of the order's lifecycle, regardless of the printing process or product being produced.

FaceLift provides a powerful toolset for JDF integration between production workflows, which require very specialised parameters, and MIS systems, which typically have very generic prepress instructions. FaceLift can act as an intermediary tool to seamlessly map data between these systems without the need for custom programming.

"Hybrid will handle the process of integration for a customer if required, but in most cases they carry out this task themselves via the easy to use tools provided by FaceLift," says Jan Ruysschaert. "This is largely why the cost of integration is so low. In addition, integration can usually be achieved quickly, without the cost and risk of a custom software development project."

The third product in the Hybrid portfolio is FileForce, which connects multiple production or printing sites within an enterprise environment, resulting in the ability to benefit from the enormous efficiencies that can be obtained by load balancing and file sharing between sites. FileForce does not require a centralized file server or DAM system, but instead works in conjunction with local file servers at each location. File versions can be moved, copied, harvested, scrapped, archived and tracked precisely across multiple sites as revisions occur throughout the order lifecycle. Files are managed highly effectively at every stage of their life, but they are not altered in any way.

"Hybrid customers range from medium sized companies to large print groups spread over many sites. As long as the systems use standard database platforms we can integrate them, and we already have close working relationships with MIS vendors such as EFI, Solarsoft, CRC, EPMS and others, as well as content management companies such as ADAM. Several software and hardware vendors have expressed an interest in working with us, because they see that we bring an important added-value that has previously not been available in such a way."

Hybrid was formed in Pennsylvania in 2007 and today has around 150 customers throughout North America. The formation of a European subsidiary in July is part of its plan to expand sales and operations globally. In September the company will open an office in Germany and by December Hybrid expects to employ seven people in Europe.

"Hybrid's Order Lifecycle Management is designed for use in all areas of print, from commercial offset and digital to packaging, labels, inkjet and the screen/sign markets," says Jan Ruysschaert. "We look forward to welcoming people to our stand (Hall 7 Stand L125) at LabelExpo Europe, September 28th - October 1st, Brussels. We will also be at drupa 2012, when we will no doubt be announcing further exciting developments."

Das berühmte Motto des Facebook-Gründers und CEO, Mark Zuckerberg, lautet: „move fast and break things” – zu Deutsch: „Bewege dich schnell und zerbreche Dinge.” Es gilt als ein Treiber der Innovationen und des Wachstums seines Unternehmens. read more
The publisher indicated in each case is solely responsible for the press releases above, the event or job offer displayed, and the image and sound material used (see company info when clicking on image/message title or company info right column). As a rule, the publisher is also the author of the press releases and the attached image, sound and information material.
The use of information published here for personal information and editorial processing is generally free of charge. Please clarify any copyright issues with the stated publisher before further use. In the event of publication, please send a specimen copy to service@pressebox.de.