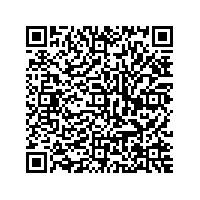 humanIT will unveil InfoZoom Server 1.0 and Desktop 8.1 in November 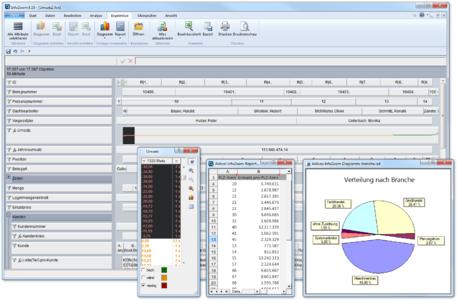 (PresseBox) ( Bonn, 12-09-03 )
humanIT Software GmbH today announced that it will launch the latest release of its analytic tool InfoZoom on 2 November 2012. Current and potential customers can see the new functionality of InfoZoom Desktop 8.1 at InfoZoom’s Best Practice Day on 8 November 2012. At its partner conference on 9 November 2012, humanIT will also debut InfoZoom Server 1.0, a high-potential server technology which its partners can integrate in their own software projects. As part of its new product strategy, the vendor will now differentiate between InfoZoom Desktop and InfoZoom Server.

InfoZoom Desktop 8.1 expands on version 8.0, the first release of the ad hoc data analysis tool using a modern Ribbon interface, with many new analytic capabilities. Users can now generate key figures by selecting a button in the Ribbon or create comprehensive percentage analyses in a wizard with just a few mouse clicks. Version 8.1 also offers a sleeker user interface and enhanced capabilities for displaying different analytic results simultaneously. In addition to extending its data quality and metadata management capabilities, InfoZoom Desktop 8.1 also has an improved database wizard, which offers a cleaner menu navigation as well as reusable configurations and templates. Improvements have been made to InfoZoom’s add-ins for Microsoft Excel and Sharepoint as well. Users can now drag and drop sections of an Excel worksheet to create a new InfoZoom table or open Sharepoint lists in the analytic tool with a click of a mouse.

humanIT will demonstrate InfoZoom Server 1.0 at its partner conference on 9 November 2012 in St. Augustin, Germany. Its software partner inducto will present a case study showing how it has already used the new server technology to create a product catalog solution for the steel industry. Thanks to the integration of InfoZoom, resellers can select approximately 20,000 data records within seconds and clearly display them in a familiar InfoZoom view.

The server edition is Web-enabled and supports concurrent users with role-based access. Since InfoZoom is used to select and analyze large amounts of data many different ways across a variety of industries, software vendors from various markets can extend their own solutions with powerful, easy-to-use functionality for data selection and analysis.

“We made a quantum leap in our development last year with InfoZoom 8.0 and have now reached a new qualitative level with our server version, which will enable many new InfoZoom usage scenarios,” explained Ralph Gattinger, Managing Director of humanIT Software GmbH. “We are certain that the innovative, new functions in InfoZoom Desktop 8.1 will also be a pleasant surprise for our customers and partners. We are already looking forward to presenting the new release at our upcoming Best Practice Day and partner conference in November.”

InfoZoom is a unique software tool for analyzing mass volumes of information spontaneously. Business users can intuitively use this software to directly understand and analyze their data with a few clicks of a mouse.

Companies can purchase InfoZoom through integration partners and value added resellers. The InfoZoom SDK enables a flexible integration to enhance BI, ERP, CRM, DQM, DM and many other types of applications.

humanIT is the manufacturer of InfoZoom. Founded in 1997 as a spin-off of the Fraunhofer Institute, the company today is a subsidiary of the proALPHA Group.