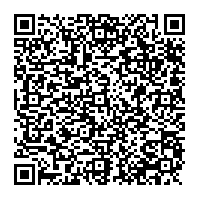 Honeywell's low-global-warming refrigerant for vehicles approved for import, use by japan regulators

(PresseBox) ( MORRIS TOWNSHIP, N.J., 09-08-04 )
Honeywell (NYSE: HON) announced today that its new low-global-warming-potential refrigerant for mobile air conditioning can be imported and used in Japan, a significant step toward global adoption of the new refrigerant.

HFO-1234yf has been reviewed by the Japanese Ministry of Health, Labor and Welfare (MHLW); the Ministry of Economy, Trade and Industry (METI); and the Ministry of the Environment (ME) in accordance with the Chemical Substances Control Law. Following these reviews, the Japan government decided that the refrigerant can be imported into Japan without volume or use restrictions and that no special controls or special monitoring are required.

"This approval from Japanese regulators moves forward the global adoption of HFO-1234yf, and is a significant step in the effort to limit greenhouse gas emissions from mobile air conditioning systems," said David Diggs, global business director for Honeywell Fluorine Products. "HFO-1234yf is a near drop-in replacement for the current refrigerant and offers proven performance in climates around the world."

Japan's Chemical Substances Control Law mandates the evaluation of new chemical substances before they are manufactured or imported to Japan.

HFO-1234yf has undergone significant testing for safety and efficacy by independent testing groups, including the SAE International Cooperative Research Program, which comprises leading automakers. The SAE testing found HFO-1234yf to offer "superior environmental performance" to CO2, an alternative refrigerant, while having "the lowest risk for use in mobile air conditioning systems in meeting environmental and consumer needs."