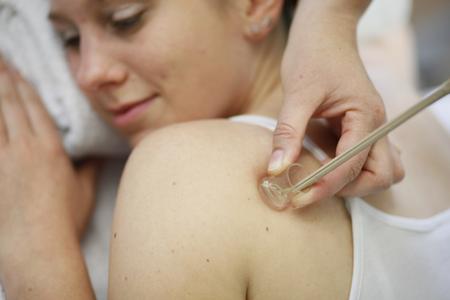 (PresseBox) ( Bönnigheim, 11-01-20 )
In recent years, antimicrobial textiles have become enormously important, whether in the field of technical textiles for preventing infection, medical/therapeutic clothing to help in the treatment of atopic dermatitis or anti-odour treatments for sportswear and clothes for outdoor activities. Most of the antimicrobial garments on the market at present contain silver.

Even though silver has a very good image and has been used for decades with no problem in other areas such as for treating drinking water, purchasers of antibacterial clothing have been confused by, in some cases, highly controversial debate and reporting in the media.

What's more, until now there has been no scientific research into the question of product safety, especially with regard to the possible negative effects on skin flora and the skin's microclimate. Particularly where antibacterial chemical fibres are used in clothing worn next to the body, such as underwear, users have so far been very sceptical. Until now, there had been no scientific study of this question of safety. In a research project that has now been completed (AiF No. 15537 N), financed by the Federal Ministry of Economics and Technology (BMWi) via the Federation of Industrial Research Associations AIF, Hohenstein researchers were able to investigate this subject in a large-scale field study.

A total of 60 healthy volunteers took part in this trial for a period of 6 weeks. Special Tshirts were made for the survey, with an antibacterial treatment on one side (verum), while the other half served as a non-antibacterial placebo (Fig. 1). For comparison purposes, researchers studied the effect of both an antibacterial spinning additive (polyester fibres containing silver) and an antibacterial finishing treatment containing silver. Before the survey, the antibacterial activity in the samples was tested in the laboratory using test bacteria such as Staphylococcus aureus and Klebsiella pneumonia. Then the T-shirts had to be worn by the volunteers every day for at least 8 hours for a period of 4 weeks. Various parameters for the skin flora and microclimate were investigated each week. For the entire period of the trial, the health of the volunteers in this placebo-controlled, intra-individual right/left survey was monitored by a dermatologist and the test sites on the skin were dermatologically assessed.

At the beginning of the trial and during and after the series of tests, researchers identified the types of skin bacteria that were typical of each of the volunteers' natural skin flora. At no time did any pathogenic bacteria occur. The individual differences between the volunteers were all within a normal range when compared with data on skin flora in the literature. No effect by the textile fibres on the skin flora could be detected either in individual volunteers nor when the whole group or parts of it were considered. The results of this field study therefore confirm the data in the literature which suggest that healthy human skin flora are very stable. Most notably, there was no significant difference in the total number of bacteria between the functionalised side (verum) and the control side (placebo). Nor was there any variation in the individual range of bacteria specific to each volunteer which could be attributed to the functionalised textile fibres.

In addition to the skin flora, researchers also looked at the skin microclimate. This term describes the thin layer between the surface of the skin and the inside surface of the textile, which develops its own specific moisture level, air flow and temperature, depending on the fibres and construction of the textile, and which affects not only the level of comfort that is experienced but also the living conditions for skin bacteria. Researchers studied three aspects of the microclimate relating to skin physiology: the vapour loss through the skin (trans-epidermal water loss or TEWL, as a direct measure of the barrier effect of the skin), skin moisture levels and the pH value. No significant effect on vapour loss from the skin could be detected on either the functionalised (verum) side or the control side (placebo). This meant that the antibacterial fibres had no effect on the skin barrier. There was equally little change in the pH value of the volunteers' skin or in the moisture levels in their skin. None of the trial participants showed any dermatological changes such as increased dryness or inflammation.

To summarise, in this field study the skin flora and microclimate of healthy skin remained unaffected by the antibacterial T-shirts that were worn next to the skin: no damage to the skin flora could be detected, i.e. no change to the total number of bacteria on the skin or variation in the range of bacteria. The antibacterial textiles could therefore be classified as safe. Nevertheless, the antibacterial textiles are effective against bacteria entering the fabric in perspiration, as shown in previous studies. The researchers will now be able to submit their data for publication in an internationally regarded specialist dermatology journal.