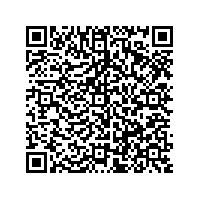 Subscribe to news
(PresseBox) ( Hannover, 08-05-08 )
The quarterly figures for the first three months of fiscal 2008 underpin the assessment of the new financial year by the Höft & Wessel Group: the company affirmed its sales revenue forecast of at least EUR 108 million and a further improvement in pre-tax earnings for 2008.

In the first quarter of 2008, sales revenues amounted to EUR 16.3 million (previous year: EUR 18.0 million), and aggregate output rose to EUR 19.9 million, compared with EUR 19.3 million in the same period a year earlier. Earnings before taxes, at EUR 1.3 million, turned out better year-on-year (-EUR 1.4 million), with the poor first quarter corresponding to the traditionally cyclical business trend. The order intake amounted to EUR 20.7 million, compared with EUR 22.5 million a year earlier, and the order portfolio came to EUR 120.3 million as at 31 March 2008, almost double the previous year's figure of EUR 64.5 million.

By ensuring brisk participation at trade fairs by all its business divisions, the Höft & Wessel Group underscored its objective of proactively developing its international business strategy. In the key segment for Skeye, namely the wholesale and retail sector, the company took part in the trade fair of the National Retail Federation in New York, where it registered substantial interest in the range of products and services from Germany. At the EuroShop in Dusseldorf, the new skeye.cashpay terminal was introduced which, together with skeye.quickpay, constitutes an efficient checkout system for supermarkets featuring cashless payment.

Höft & Wessel had a presence on two stands at the CeBIT. As the "Silver Partner" of the Future Store Initiative of the Metro Group, Skeye presented an RFID solution that is proving its worth in daily practice in the department store branch of Galeria Kaufhof in Essen. On the Warok partner stand, the communication functionalities of the skeye.allegro were demonstrated, a model that is very popular in the retail sector. In Switzerland, Skeye acquired a competent distributor in Primelco System Device AG.

With a comprehensive product range for IT-Solutions for Public Transport, the Almex business division met with brisk interest at the IT-Trans trade fair in Karlsruhe. With UITP as the organiser, the trade fair documents the strategic commitment of the public transport sector across the globe. Among other things, Almex delivered proof to an international public of its significant expertise in the field of eTicketing with the introduction of two standards: the VDV core application and the English ITSO.

The UK subsidiary Metric took part at various trade fairs in Great Britain and in the U.S., its key foreign market, to present the Aura car park terminal with its improved functionalities.

Growth in all business divisions

In the third quarter, Almex succeeded in securing two significant orders from northern Europe: Midttrafik, one of the largest Danish bus operators from Aarhus, is set to equip its 220 buses with the mobile ticket vending machine almex.compact and will be setting up almex.station ticket vending machines at its bus stops. Thanks to the good cooperation in the past and the outstanding technological solution as a whole, the Finnish national railway opted for the mobile ticketing system from Almex and its local software partner, Enfo Oyj. In addition to the Austrian, Swiss and Slovakian railways, the Finnish system is the fourth European national railway to endorse nationwide deployment of the almex.mobile for train attendants.

Numerous follow-up orders were received for the almex.express check-in terminal, which enjoys an outstanding acceptance among airlines and at airports. Together with Dr. Materna GmbH, Dortmund, Almex realises turnkey solutions based on the CUSS platform, which allows different forms of application software to be deployed on the same terminal.

Skeye has extended its strong position in the wholesale and retail sector, acquiring Woolworth Deutschland GmbH & Co. KG as a further reference customer. 700 skeye.allegro handhelds are used for stocktaking and order processing and ensure secure communication between the branches and head office. As part of this year's European soccer championships, the skeye.pad POS will support organising ambulance transportation for Austria's rescue services. In the automotive industry, the skeye.pad has found a niche for itself in dealer training at Audi and VW. Audi deploys the skeye.pad XSL for presentations of the new A3, and Volkswagen uses it for training purposes for its coupé Passat CC.

The UK subsidiary Metric more than met its order intake budgeted for the period under review. The company acquired a large-scale order from the Liverpool municipality for the Aura car park terminal and won the tender by the municipality Southend-on-Sea for the Aura. Growing interest in the Aura has also been recorded abroad, with this model being shipped to Ireland and Switzerland, for instance.

The shares of Höft & Wessel AG are listed in the Prime Standard segment of the German Stock Exchange. The share price of Höft & Wessel AG in on-the-floor trading on the Frankfurt Exchange amounted to EUR 5.05 on 2 January 2008 and to EUR 5.15 on 31 March 2008. While the share price was only up slightly in the 1st quarter, by 2 per cent, this still outperformed the »Technology All Share« index, which had shed 22 per cent in the same period. The Technology All Share Performance Index was at 1197.27 points on 2 January 2008 and at 934.40 points on 31 March 2008.

Höft & Wessel AG, Hanover, established by the entrepreneurs of the same name in 1978, has remained an innovative SME to this day. The company, which has been listed on the stock market since 1998, provides enterprises of note in the retail, logistics, transport & traffic sectors with products and solutions optimised to meet customers specific needs: convenient, mobile data recording devices of the Skeye brand, innovative ticket systems under the Almex label and robust car park ticket vending machines from the UK subsidiary, Metric. Well over a third of the Company's workforce of about 500 employees is engaged in research and development. An average of ten per cent of sales revenues is invested in this field each year. Höft & Wessel products are available in Germany as well as in many European markets, and, in line with the company's internationalisation strategy, increasingly also in the U.S.