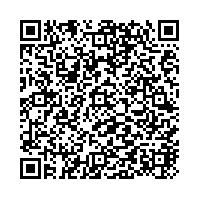 (PresseBox) ( Munich, Germany, 17-04-20 )
The manager of HKA’s advisory, consulting and expert operations in Germany, Austria and Switzerland – Thomas Hofbauer – has been recognised as one of the world’s leading expert witnesses.

In the annual listing by Who’s Who Legal, the HKA Senior Vice President is the only construction expert to be named for any of the three countries of the DACH region.

Thomas is one of 24 consultants from HKA who feature in the worldwide guide to expert advisors on major construction litigation, which includes quantum, delay and technical issues. That total – the highest for any construction claims consultancy –affirms HKA’s position as the preeminent expert witness practice operating globally.

In its most comprehensive research to date, Who’s Who Legal identified 128 of the leading construction expert witnesses from 50 firms around the world. The listed HKA experts are drawn from the US, Latin America, the Middle East, Asia and Australia, as well as Europe.

Published since 1996 by Law Business Research Ltd, the listing is respected for its integrity and authority as a guide to practitioners with exceptional expertise in construction and other sectors. Its website features some 17,000 of the world’s leading private practice lawyers from more than 100 jurisdictions.

"As a highly experienced specialist, Thomas is one of the industry’s most sought-after experts," said Renny Borhan, HKA’s Chief Executive. "We are delighted that Thomas and so many of his colleagues have been recognised by Who’s Who Legal for their outstanding contribution to our expert practice worldwide."

Based in Munich, Thomas has more than 20 years’ experience in the construction and engineering industries. The guide cites his involvement in road and rail infrastructure projects and petrochemical plants.

Acting as both delay and quantum expert in German and English disputes, Thomas has given evidence in a variety of cases. These include arbitral proceedings at the ICC in Paris, the VIAC in Vienna, and ASA in Zurich. Thomas has also acted as expert for disputes in Austria, China, France, Germany, Russia, South Africa, Switzerland, Turkey and the UK.

Thomas is highly regarded in the dispute resolution community for his impressive delivery of evidence. As a client noted following an arbitral tribunal: "He is able to explain complicated facts, present his expert opinion very precisely and, at the same time, in a way that is easy to follow."

As well as advising clients in the region on a variety of large-scale, national and international projects and providing claims management training, Thomas lectures at the Swiss Academy of Arbitration for the certificate of advanced studies (CAS). He sits on the board for the MBA course, ‘International Commercial and Contract Management’, at the Dresden International University. Previously, he lectured for more than four years on international project management at the University of Applied Sciences Stuttgart.

HKA is the new name for the former Construction Claims & Consulting Group of Hill International Inc and associated subsidiaries. The launch of HKA – following its forthcoming sale and de-merger from Hill International – creates one of the world’s leading providers of advisory, consulting and expert services for the construction, manufacturing, process and technology industries. HKA has over 900 professionals in more than 40 offices in 20 countries worldwide.

Projekt Achtundzwanzig gets bronze at the PMN Management Awards 2016