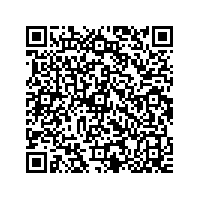 Subscribe to news
(PresseBox) ( Böblingen, 09-06-26 )
For the second consecutive year, the HP BladeSystem c-Class server has dominated the TOP500 list of the world's largest supercomputing installations by providing customers with strong cost, space and energy savings.

HP's leadership position on the TOP500 list continues to grow, claiming 212 (42 percent) of the 500 systems on the list. HP BladeSystem technology is ideal for HPC because it delivers extremely strong compute performance at an affordable cost. These servers also utilize less physical data center space than the proprietary systems that historically dominated the list. Customers have made HP BladeSystem c-Class the fastest growing server architecture ever to enter the TOP500 list.

IBM maintains its second place ranking with 37 percent of the systems on the TOP500 list, while Dell slips to fifth with just 14 qualifying installations.

The TOP500 ranking of supercomputers is released twice a year by researchers at the Universities of Tennessee and Mannheim, Germany, and at NERSC Lawrence Berkeley National Laboratory. The list ranks supercomputers worldwide based on the Linpack N*N Benchmark, a yardstick of performance that is a reflection of processor speed and scalability.

More information about HP HPC is available at www.hp.com/go/hpc.

Visit HP in booth 210 at the International Supercomputing Conference (ISC '09) tradeshow in Hamburg, Germany, June. 23-25, for demonstrations of the company's HPC offerings.

HP, the world's largest technology company, provides printing and personal computing products and IT services, software and solutions that simplify the technology experience for consumers and businesses. HP completed its acquisition of EDS on Aug. 26, 2008. More information about HP (NYSE: HPQ) is available at http://www.hp.com/.

Note to editors: More news from HP, including links to RSS feeds, is available at http://www.hp.com/....