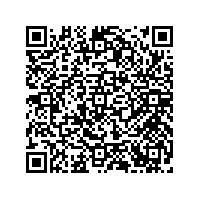 (PresseBox) ( Meckesheim, 17-03-02 )
The recycling company INVEMA (www.invemagroup.com) commissioned a plant for the recycling of PET bottles in Honduras at the end of 2016 in order to produce bottle-to-bottle quality with FDA approval. In the first expansion stage the plant is processing 2000 t/month+

In a multi-stage process, the bottles are pre-sorted, size-reduced, washed cold and hot and after drying forwarded to a flake sorting step.

After regranulation the end product is sold to the local Coca Cola bottle producer. A second expansion step is in preparation. Its aim is to produce thermoforming PET film suitable for use in foodstuffs.

Honduras already has a recycling rate of 84 %, nevertheless, bottles have to be imported in order to use the plant to full capacity.

The owner of INVEMA, George Gatlin, states in an interview: “Coca Cola is enthusiastic about the quality of the regranulate that we produce.”

INVEMA Group has 370 employees in Honduras and further 100 in El Salvador. They see to the collection, reception, sorting and treatment of the bottles.

In a second step a plant was installed for treating the polyolefine fraction from the recycling process, i.e. the caps and labels of the bottles.

Part of the energy needed for the recycling plants is produced on site: with 3.640 solar panels on the roofs of the plant location they are generating 1 MW electrical power.

Another Herbold Washing Line in the UK