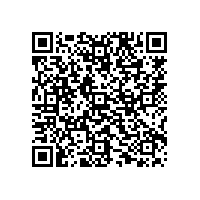 Up to the stars - Heraeus in space 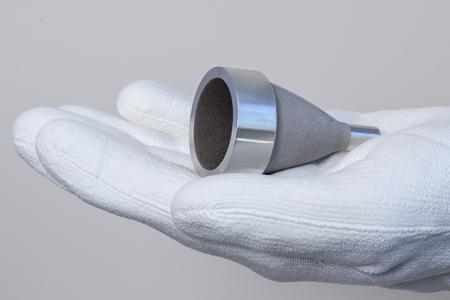 (PresseBox) ( Hanau, 15-10-06 )
NASA has sensational news, just in time for this year’s UN World Space Week: There is evidence of water on Mars. Heraeus’ activities may not be as spectacular, but space is not unfamiliar ground for the Hanau-based technology group. Special iridium catalysts (space catalysts) from Heraeus are already used in the aerospace industry to break down hydrazine in rocket fuel in engines for probes and satellites. Heraeus has even supplied high-tech quartz glass materials for the moon, as well as perfect cubes of precious metals to help prove Albert Einstein’s theory of relativity. More mundane, but still revolutionary, are the 3D-printed satellite thruster nozzles made of platinum and rhodium powders.

Milestones for the Heraeus 3D startup

A materials technology revolution is brewing in the aerospace industry. Resilient satellite thruster nozzles made of platinum/rhodium alloys from Heraeus are well-suited to the extreme conditions of space. In the future, they will come straight from the 3D printer. Temperatures of over 1250°C, more than 600 ignitions with no signs of wear or fatigue—this is all in a day’s work for the highly complex thruster units in a satellite’s propulsion systems. But the thruster that recently passed a hot-fire test at the Airbus Defence & Space facility in Lampoldshausen, Germany, as part of a European Space Agency (ESA) project, is something special. For the first time, a thruster chamber made of a platinum-rhodium alloy was produced entirely using a 3D printer. Previously the thruster units, measuring only eight to ten centimeters, were assembled in a multi-step process, which Heraeus has used for years in precious metal alloys. Thanks to 3D printing, however, the process is now quicker and saves resources, since less waste is produced.

This hot-fire test also represents a milestone for the Heraeus’s 3D startup, which is developing the precious metal powder for 3D printing that was used in this test. The group is working to develop powders from platinum, rhodium, and iridium for creating high-strength components for thrusters on navigation satellites. "This project has given us extensive experience in coordinating and optimizing the metal powder and the parameters for 3D printing," explains Tobias Caspari, head of the 3D Printing startup, "so that we can create the right material properties in the printed object." He now looks ahead with optimism after the successful test: "With our state-of-the art 3D test center at the Hanau site—with its own laser and electron beam printers—we already have the equipment needed to produce these thrusters."

The next milestones are already set. The Heraeus team is currently working on a 3D printing powder from an even more resilient platinum/iridium alloy, and the launch of the first satellite with 3D-printed thruster nozzles is already planned for 2017.

Background: What connects Heraeus to the moon and Einstein?

In 1969, the Apollo 11 mission landed a laser reflector on Earth’s natural satellite. This reflector contains 100 triple prisms made of Suprasil®, a specialty quartz glass developed by Heraeus. To this day, the reflector serves to determine the exact distance between Earth and the moon. To take the measurements, a high-intensity infrared laser beam is directed at the retro reflectors, which function like a cat‘s eye, and then the return transit time of the light is measured.

Heraeus has also contributed to highly precise experiments in space. As part of the joint international LISA (Laser Interferometer Space Antenna) project, the European Space Agency (ESA) is searching for evidence of gravitational waves—"wrinkles" in the space-time continuum—which Einstein posited as part of his general theory of relativity. On board the satellite are perfectly identical cubes made of a special gold/platinum alloy and with edges 50 millimeters in length. These precious test masses will allow researchers to measure minute changes in distance caused by gravitational waves, despite their small magnitude.

Recommend Up to the stars - Heraeus in space press release