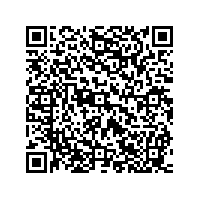 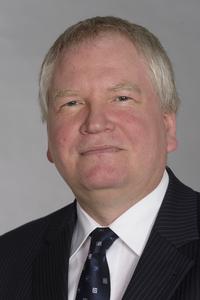 (PresseBox) ( Hanau, 15-08-14 )
Half a century is a long time - already more than two generations of chemists have been familiar with "Wilkinson's catalyst" since their student days.' Nobel prize winner Sir Geoffrey Wilkinson (1921-1996) and his research group synthesized it for the first time in 1965. To be more precise, they released a chemical compound with the complicated name "chlorotris(triphenylphosphine)rhodium(I)" and the formula [RhCl(PPh3)3]. The rhodium complex enabled the efficient production of various products still in commercial use today, including Ivermectin, a medication that fights river blindness, and abrasion-resistant nitrile rubber (HNBR) for the automobile industry.

Heraeus also contributed to this success. As a precious metals specialist, the technology group has been a leading supplier of precious metal catalysts and their preliminary products for many decades. "Our 'Wilkinson's catalyst' remains a mainstay for synthesis chemistry worldwide," says Dr. Marcus Hannakam, Executive Vice President for Marketing & Sales of the Global Business Unit Heraeus Chemicals, in wishing the catalyst a happy birthday. "A great deal has happened in the field of homogeneous precious metal catalysis over the last 50 years. As a global and long-term partner in this multifaceted and complex area of application, the team from Heraeus is on hand with help and advice for our customers," he explains.

Heraeus not only develops catalysts, but also individually optimized solutions for its customers' catalytic processes. In doing so, precious metal management at Heraeus closes the sustainable cycle of precious metal resources.

Catalysts from Heraeus are being used all over the world in the chemical, petrochemical, and pharmaceutical industries, and also play a key role in cleaning industrial gases and waste gases. Heraeus' special expertise lies in selecting the appropriate catalyst with the highest efficiency rate and the most consistent quality. Catalysis makes it possible to produce products used in our everyday lives, like water bottles made of polyethylene terephthalate (PET). Precious metal catalysts help in the production of plastics for bottles. The synthesis of highly complex odor, aroma, and active pharmaceutical ingredients with precious metal catalysts is also routine. Today, catalysts can be found in most chemical syntheses and even in the aerospace industry, for example in vernier engines in satellites and carrier rockets. In principle, catalysts can help to save energy in chemical production, avoid undesirable by-products, and reduce emissions of hazardous industrial waste gases. Their use contributes to the preservation of our environment as well as cutting costs in the industrial manufacturing processes.

There is no such thing as a universal catalyst

There are so many diverse chemical and physical influences on a catalyst that there is no such thing as a universal catalyst. Each chemical process requires a customized catalyst if it wants to remain commercially competitive over the long term. Precious metal catalysts make up about 10% of the entire catalyst market. The most common precious metal for these catalysts is palladium, followed by platinum and rhodium. Ruthenium, iridium, rhenium, silver, and gold are also used for special applications. Combined metals are also used for the highest possible performance, particularly in waste gas catalysis. Heraeus has at its disposal an almost infinite number of variations made possible by combining different carrier materials, a multitude of precious metal compounds, and different impregnation and reduction processes.

Sir Geoffrey Wilkinson used "his" catalyst for homogeneous catalytic hydrogenation of double carbon compounds in organic molecules, thus founding the method of industrial homogeneous precious metal catalysis. In this process, a catalyst in the form of a chemical compound, together with the parent substance, reacts "homogeneously" in an appropriate solvent, depending on the desired end products. The catalyst itself enables the relevant chemical reaction to occur under the respective reaction conditions in the first place.