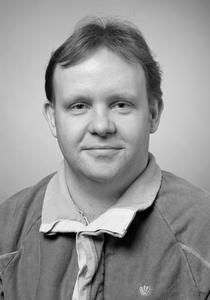 (PresseBox) ( London/Hanover (Germany), 08-02-07 )
The German publishing company Heise Media Group is taking another step in the internationalisation of its online business with the launch of heise online UK on Wednesday, 6th of February. The website at www.heise-online.co.uk [2] features a news service covering IT, telecommunications and technology, with more channels focussing on specialised subjects: heise Security, heise networks and heise Open Source.

After the successful launch of heise Security UK in summer 2006 and heise online in Poland in autumn 2006 Heise plans to deliver high-quality IT and technology news for the English-speaking world. Editor-in-chief of the UK website is Jonathan Bennett, formerly a senior editor at ZDNet.co.uk.
Jonathan has over 12 years experience in technology publishing, both online and in print. The London-based editorial team will cover products and trends in the British technology market with the same depth and accuracy Heise's German readers have come to expect. In-depth reporting of security, network technology and open source software will have a local perspective and a critical eye.

Advertising and marketing for the British branch of the company will be managed from Heise's base in Hanover, Germany, with Joerg Muehle, publisher online in charge. Oliver, Smith & Partners (www.osp-uk.com [3]), who have worked with Heise since 2000, are available as a direct contact in London. "It's our aim to establish heise online in the English-speaking world. The UK is the perfect platform for us", says Muehle. "After receiving recognition with heise Security UK we want to extend Heise's content in English."

About heise online: heise online, the website of the Hanover-based Heise magazine publishing house "Heise Zeitschriften Verlag" was launched in spring 1994, and is one of Germany's most visited special interest sites.
In January 2008 heise online had 23.9 million visitors and 147.8 million page impressions in Germany (according to IVW). Since July 2006 Heise has published security news and features in English at www.heise-security.co.uk [6].
In October 2007 heise online Poland followed at www.heise-online.pl [7].