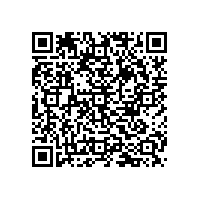 A big step towards the future 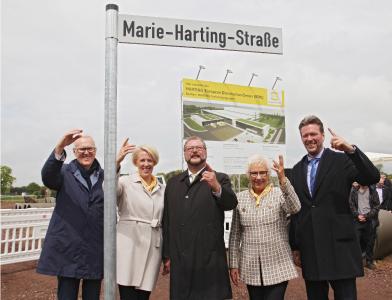 (PresseBox) ( Espelkamp, 17-05-12 )
Following careful planning, the hour has now arrived: after a groundbreaking ceremony, work has now officially commenced on the largest investment project in the history of the HARTING Technology Group. Under the leadership of the general contractor, LIST Bau Bielefeld GmbH, initial ground-leveling work got underway in March. In the north east of Espelkamp, the company’s European Distribution Center (EDC) is being built on a 7.6-hectare site at a cost of some 40 million euros. Beginning in 2019, roughly 20,000 items will be shipped to customers around the world each day.

"The new building is absolutely necessary given the dynamic growth of HARTING and the ever-increasing demand for our products and solutions," said Philip Harting, Chairman of the Board of HARTING Technology Group on the occasion of the ceremonial first shovel being turned. The existing warehouse and dispatch center has long been operating at full capacity. On the one hand, the primary objective was to create the conditions for worldwide growth and, on the other, to improve delivery performance for customers, Philip Harting explained.

The core components of the new EDC are the 20m-high high-bay warehouse and the highly automated picking. The high-bay warehouse’s area of 4,500 square meters offers space for 6,500 pallets and around 120,000 warehouse containers and is operated fully automatically and in a paperless way, among others by employing RFID technology. Materials in the hall are moved using driverless transport systems. The picking area covers an area of approximately 6,500 square meters. In the future, 20,000 customer order items will be individually picked and packaged in accordance with customer requirements. Up to 110 trucks and vans will also leave the European Distribution Center (EDC) daily to provide HARTING products to customers in the shortest possible time. In addition to the high-bay warehouse, there are rooms for administration and the employees who will be working on "Marie-Harting-Strasse" street in the future.

Almost as a "gift" to the groundbreaking event, Espelkamp's mayor Heinrich Vieker - accompanied by the city council - had a new street sign in his bag. "Without her commitment and her actions, we would not be able to stand here and mark this milestone in the history of Espelkamp," Vieker reminded those present of the passionate entrepreneur.

Maresa Harting-Hertz, Vice President Finance and Purchasing, thanked "all external and internal stakeholders for the efforts made so far" and wished them "a felicitous hand for continued success." She emphasised that "this large investment is also a clear commitment to the home region." The HARTING Technology Group had checked several alternative locations outside Espelkamp, but rejected them. The selection of the EDC site took place not least from an environmental point of view. The proximity to the most important production sites in Espelkamp and appropriate protective measures are largely avoiding environmental pollution. In addition, most of the energy required for heat and cold is drawn from a geothermal plant.

The complex is scheduled to be completed by the end of 2018, while the plant is subsequently slated to be put into operation in steps. With the logistics center, the company is optimally prepared to meet an envisaged increase in sales, as well as customer requirements for short delivery times.

The HARTING Technology Group is one of the world's leading providers of industrial connection technology for the three lifelines of Data, Signal and Power and has 13 production plants and branches in 43 countries. Moreover, the company also produces retail checkout systems, electromagnetic actuators for automotive and industrial series use, as well as hardware and software for customers and applications in automation technology, robotics and transportation engineering. In the 2015/16 business year, some 4,300 employees generated sales of EUR 586 million.

Recommend A big step towards the future press release