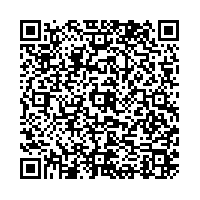 70 years of HARTING company history: Rooted in tradition, on the fast track to the future 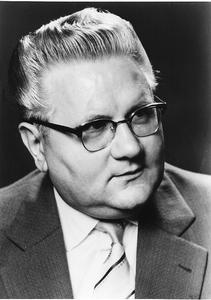 (PresseBox) ( Espelkamp, 15-08-28 )
Never before was the HARTING vision as valid as today: “We want to shape the future with technologies for people“, was the credo and the objective of entrepreneurial activities that the owning and managing family had stated in 1996. In the meantime, the Technology Group is filling this mission statement with life as a pioneer of Industry 4.0. In this role, the global player is advancing technological change, and generating decisive impulses for the future. The HARTING success story started just a few months after the end of the war. 1 September marks the 70th anniversary of the family owned and managed company.

On the occasion of this milestone birthday, the company, the city of Espelkamp and the region look with pride on the exceptional achievements spanning the decades. Since starting out in the year 1945, HARTING has advanced to the position of a globally renowned Technology Group.

On 1 September 1945, Wilhelm and Marie Harting launched the company “Wilhelm Harting Mechanische Werkstätten“ in a 100 square meter hall of a repair workshop in Minden. The engineer Wilhelm Harting had headed an aviation industry company in Berlin, and – following a hazardous escape from his homeland – decided to take the step to self-employment. Initially, the fledgling company produced articles of daily use such as economy lamps, hot plates, irons and waffle irons. Marie Harting set of on bicycle to deliver the products in the immediate region, and bartered food as payment. In the year 1947, HARTING was already represented at the first Hannover Trade Fair. The company put in dynamic growth, and soon needed more space. In 1950, the move was made to the neighbouring Espelkamp, a settlement of refugees that was beginning to prosper.

Espelkamp, a haven of hope for displaced people and refugees, became a widely known symbol of successful integration. And the new citizens found their livelihood and daily bread at HARTING. Wilhelm and Marie Harting were strongly committed to the wellbeing of their employees and the emerging community. Among other activities, Wilhelm Harting founded the nascent town’s first tennis club. The second generation also regards their strong roots and commitment to Espelkamp and the region as an obligation fulfilled as a matter of course. Since decades, Dietmar and Margrit Harting have been supporting projects and organisations in the cultural, sports and educational arenas, and have held leading positions in associations, committees and boards. Margrit Harting, among other positions, is the Vice President of the Chamber of Industry and Commerce of East Westphalia, in Bielefeld, as well as the honorary Chairwoman of the Philharmonic Society of Ostwestfalen-Lippe, the business location promotion interest group of the Minden-Lübbecke district, and of the adult education organisation of Espelkamp.

Over the course of many years, Dietmar Harting held a number of honorary posts on national and international levels. Among other positions, he was active as President of DIN, the German Institute for Standardization, as well as the President of many years’ standing of the German Electrical and Electronic Manufacturers’ Association (ZVEI) and committee member of the Federation of German Industry (BDI), and CENELEC President European Committee for Electrotechnical Standardization). Moreover, he is also the honorary Chairman of the DKE German Commission for Electrical, Electronic & Information Technologies of DIN and VDE. Several organisations acknowledged his engagement by awarding their honorary memberships. The Erich-Gutenberg-Arbeitsgemeinschaft bestowed its “Praktikerpreis“ (Practitioner Award) on Dietmar Harting in 2013.

In the year 1998 the Hartings were awarded the “Bundesverdienstkreuz am Bande“ (Federal Cross of Merit on a Ribbon), and the Federal Cross of Merit, first class, in 2009. The “Medal of Espelkamp“ was bestowed on Margrit Harting in 2002 Margrit, and the municipality granted honorary citizenship in acknowledgement of the achievements of the two entrepreneurs in 2009. Dietmar Harting received the Cross of Merit, first class, of Lower Saxony, and has been honorary doctor of the Leibniz University Hannover since the year 2010.

Wilhelm Harting passed away unexpectedly in 1962. Introducing a steady stream of new and innovative products such as music boxes, electrical medical devices, cigarette vending machines, magnets and connectors, the company had succeeded in boosting sales year after year. Marie Harting managed the company on her own until her son Dietmar Harting came on board in 1967. As from 1969, her second son Jürgen strengthened the management. In 1973, Jürgen Harting lost his life in a tragic accident at the age of 32. Up to 1987 Marie Harting and Dietmar Harting headed the company (Marie Harting passed on in 1989). The expanding SME had embarked on internationalisation as from the end of the seventies. In March 1987, Margrit Harting assumed the position of managing partner. For more than a quarter of a century, the Hartings have been heading the Technology Group on its route to becoming a global company.

Today, HARTING is present on all continents with a total of 12 production sites and 42 sales companies. In a matter of weeks, the first manufacturing facility in Central America will open its doors. In Silao, Mexico, small switch cabinets, overloaded cables and cable harnesses will be produced. “This plant is the right step to expand our position in North and Central America,“ as Philip F. W. Harting states.

HARTING has great expectations pinned especially on business revolving around Integrated Industry topics and issues. These activities are to be consistently expanded. As Philip Harting explains: “We are accompanying our customers on their way to Industry 4.0 with tailored and modular solutions.”

This course can only be charted in connection with qualified and highly motivated employees, which is why training and further training holds such high significance at HARTING. And in the company’ seventieth year, the resounding success once again justifies HARTING’s course. In the last 2013/14 business year (September 30), sales advanced by an impressive 13% to EUR 547 million, thereby reaching a new high mark. The number of employees rose around 2,400 members of staff.

This record was duly celebrated with a grand company party, an expression of gratitude extended to all employees by the Harting family. The glittering ball event in Espelkamp was in swing until the break of dawn.

Recommend 70 years of HARTING company history: Rooted in tradition, on the fast track to the future press release