The exciting path from football pitch to executive search 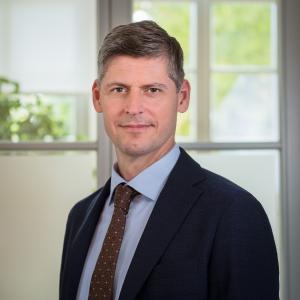 (PresseBox) ( Frankfurt, 19-01-09 )
A newspaper interview with Peter Niemeyer, ex-professional with more than 200 Bundesliga and 2nd Bundesliga appearances, recently reminded me of my own experiences. The 35-year-old told the Berlin "Tagesspiegel" that he had "imagined the end of his career to be easier", after he had decided on his sporting career last summer - also due to injury. At Hertha BSC, his last club after Werder Bremen and Darmstadt 98, he has a follow-up contract with an as yet undefined area of responsibility. "But", says Peter Niemeyer, "before I start, I simply try to get a taste of as many subject areas as possible and get to know the whole spectrum. In the end, I want to make the best possible decision and at least identify the right direction for me."

Certainly not an isolated case among professional footballers who, after their first career, have to take a new path and define new goals - especially for themselves. In a similar way, I have gone through this process myself, even though this search for alternative tasks has dragged on for decades. And if I had been asked about my plans by someone in my last days as a professional soccer player - that was 2008 - the answer would certainly not have been that I would see the personal future in working for a management consultancy, as has been the case at Hager in the field of sports for several months now. …

Although I became a professional soccer player directly after graduating from high school in 1987, my versatile interest did not fall by the wayside. An internship at Radio 107 with the legendary "Rollo" Fuhrmann and a few semesters of economics at the online university Hagen/Germany: Just two approaches that I tried out parallel to football. But there was a lack of discipline for a degree at the time. Even if you're not fixated on your job as a competitive athlete alone, as a 20-year-old you do other things in your spare time.

In the higher age of footballers, it looked different. Evidence of this is, among other things, a correspondence course in sports management at the IST-Studies and the acquisition of a Trainer A and B licence, in this respect also supported by our coach at the time at SC Freiburg (German soccer team), Volker Finke ("It's good if the players know how a coach has to think"). My agreed further work in Freiburg after the supposed end of my career took place in 2006, at the age of 38, however in the marketing department - but only for six weeks, because I didn’t see my personal perspective in the club structure at that time.

As a back-up for Robert Enke near Hannover 96, I returned to the soccer field once again. In my spare time, I consciously gained experience as a goalkeeper coach for teenagers in the club: a test, an orientation aid: Where do you actually want to go, what second career section do you have in mind? Questions that even today's professional soccer players are asking themselves on the threshold to new challenges.

After further sports-related tasks (e.g. head of goalkeeper training at Hamburger SV), but also a master's degree in sports and event management, I realized until 2015 that I no longer wanted to focus my work on tracksuits. My varied CV was extended: Freelance work in the field of football for various companies, board member for sales for a start-up with the topic digitalization in soccer.

And this was followed by the move to Hager Unternehmensberatung, which, together with Horton International, is one of the market leaders in the executive search sector. With the recruitment of executives for the upper and top management of all important corporate divisions in more than 40 branches worldwide in all globally important economic regions of America, Australia and Europe, in the Middle East as well as in Africa and Asia, almost all requirements around the working life cycle can be met.

As head of the business unit Sports at Hager, I find the right people to fill strategically important positions in sports clubs and associations with the promise of success. The hunt for the high potentials off the pitch is just as exciting and varied as my time at the Hamburger SV's junior performance centre, when the next goal scorer of the calibre of Uwe Seeler and a Rudi Kargus class goalkeeper had to be discovered. Key positions at the offices of sports clubs and associations also have to be filled optimally. The head of marketing, who wants to develop a second league team that is not yet optimally positioned for the future and doesn't forget about fans like tradition, or the IT specialist who is pushing ahead with digitalization - they are looking for the right candidate with the suitable profile for the right position: People make the difference, and you have to filter it out first. Who can do what?

With Hager's generally structured process, including a potential analysis between the poles of strengths and weaknesses: That's exactly what I missed even in my previous considerations, in order to find the way and the goal - at least probably - faster. For some time, I had been convinced that I would become head coach of the German Bundesliga at some point or other. Nevertheless, through my various personal experiences, I have also learned to be able to assess myself a bit better. And I am undoubtedly benefiting from this now in my job: finding the candidate for the position that suits for both sides.

With nearly 100 employees in Germany working in small specialist teams, a fully digital workflow and over 20 years of experience in the technology sector as well as other innovative markets, Hager Unternehmensberatung brings together the performance and process quality of the industry’s big names with the speed and flexibility of a start-up.

Hager Unternehmensberatung is one of the top 15 recruiters in the DACH region and the well-known executive search consultancy for digital transformations.