Swarm intelligence the royal road to organization in companies 4.0?

Aristotle already named it 'collective intelligence' in his summation thesis 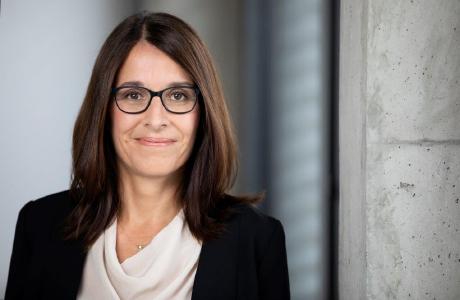 (PresseBox) ( Frankfurt, 19-02-14 )
In Gartner's trend analysis for 2019, swarm intelligence is listed as the "silver bullet" among disruptive trends. Gartner describes that due to the growing amount of data sources and data units, managers will increasingly have to make decisions in real time that affect things outside of their own control.

What does swarm intelligence mean?

This does not necessarily mean that groups are more intelligent than individuals. However, when certain framework parameters of group composition and organization are taken into account, groups often come up with better solutions than individual members, especially in the case of complex problems.

Swarm intelligence in the company
Almost all companies have understood that their future success depends on the scarce resource of employees. Accordingly, companies are engaged in a tough battle for the best specialists and managers. Many companies still focus less on the idea of which innovations can produce the best results when employees work together. Digital start-ups in particular, however, also rely on swarm intelligence for the optimal organization of their employees.

By means of modern digital possibilities such groups usually organize themselves independently and bring along different creativity abilities. However, this usually only works if the group or swarm meets certain requirements and can develop optimally through innovative leadership concepts.

Swarm intelligence cannot be established in the company overnight; it also requires a corresponding corporate culture that allows a basis for swarm intelligence capability. The hierarchies should be flat and the degrees of freedom pronounced. Employees need a high degree of flexibility and should be brought together in unusual conditions in order to be able to connect and exchange ideas intelligently. In companies this is comparable to crowdsourcing. Here, too, many ideas from a group (the crowd) come together, which ultimately reveal solutions or inventions through a kind of swarm intelligence.

Every herd needs a lead animal!
However, it is not enough for companies to put together a colourful mix of heterogeneous employees and offer them unlimited Internet access in order to tackle the task at hand. Swarm intelligence also needs leadership and management - but not through a silverback that authoritatively dictates the course of action. Employees need a manager who can keep an eye on the big picture and the overall process, who can set the tone in an emergency, but still create an atmosphere in which creative freedom works and can be developed. The individual team members must understand their role as team players, but also have the courage to produce themselves as individuals and must not allow group pressure to arise.

Corporate culture must fit
Swarm intelligence requires modern management concepts and a 'free' working atmosphere in order to be successful.  There are some prerequisites for successful 'swarming':

- The composition of the 'swarm' should be very heterogeneous.

- The manager's task is that of a role model, role model and facilitator, not an authoritarian, omniscient decision-maker.

- The leadership style is rather anti-authoritarian, more in the form of a leading animal character than that of a classical superior.

- The decision-making paths must be short, the hierarchies very flat and the corporate culture must be characterised by equal rights.

- The creativity of the individual is encouraged and mistakes are tolerated.

- The flow of information is unhindered and employees take responsibility for results.

- A digital networking of all participants is 'state of the art'.

Conclusion:
In the digitalizing age, the question does not arise whether a company should rely on swarm intelligence, but rather how it should be questioned. Due to the continuing shortage of specialists and managers, it is time for companies to deal with new concepts in order to remain successful and not be overtaken. A new and attractive corporate culture as well as new work models ultimately benefit employer branding and strengthen employee loyalty.

She has been active as a consultant for Hager Unternehmensberatung since 2001.

In the Business Unit Software, she and her team fill demanding technical and leadership positions for clients whose business consists of solutions based on standard software or custom software developments.

With nearly 100 employees in Germany working in small specialist teams, a fully digital workflow and over 20 years of experience in the technology sector as well as other innovative markets, Hager Unternehmensberatung brings together the performance and process quality of the industry’s big names with the speed and flexibility of a start-up.

Hager Unternehmensberatung is one of the top 10 recruiters in the DACH region and the well-known executive search consultancy for digital transformations.