Flexible working hours, teleworking and home office – no problem in the digitised world of work of the 21st century, right? 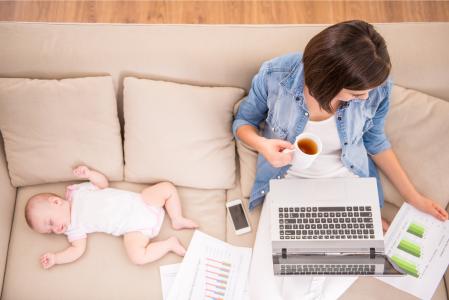 (PresseBox) ( Frankfurt, 20-03-26 )
Despite the technical possibilities, many companies still stick to old work structures and the classic model of the 9-to-5 job. At the end of 2018, in a survey of 800 managing directors and HR managers by the digital association Bitkom, four out of ten employers (39 percent) said they would allow their employees to work outside the offices. This is a step forward compared to 2014 – when it was just one fifth of all companies surveyed. Nevertheless, the majority of companies are reluctant to accept workers' desire for more flexibility. There are also differences between individual sectors: the trend towards flexible working time models is much more widespread in the digital sector than, for example, in logistics or industry.

The current Corona crisis could lead to a final break-up of rigid structures, as the companies that have the opportunity to send their employees to the home office – more or less voluntarily – to protect their health. In addition, the closure of schools and daycare centres in Germany poses major challenges for many working parents. Grandparents, who usually help out in such a case, are not an option as they belong to the at-risk group and their health should be particularly protected. So what to do if no one can take care of the offspring? For most of them, the only thing they can do is to find some way to combine work and childcare.

More flexible work structures still an option in the future?

Politicians have therefore already appealed to employers and asked for their leniency in view of the drastic situation. It is important to find a common solution without losing wages. For example, by allowing parents to work from home or, if possible, to make their working hours more flexible. Whether it's parents alternating with childcare and work on a daily basis, and distributing their hours over the rest of the days or working in "shifts," so that some are available during the first half of the day and the other the rest of the time. Although many companies offer their employees flexitime anyway, there is usually a core working time that limits the time margin. This must be avoided in the current situation, so that work can also be done at marginal times.

What is a measure of necessity at the moment could perhaps become a real alternative in the future once we have become accustomed to it. Many companies have so far been concerned that productivity and effectiveness could suffer from so much flexibility. At the same time, it is a renunciation of control and requires the full confidence of employers in their employees that they continue to perform the same performance and deliver the required results. However, this is precisely what companies are forced to do in the current situation. And once they have addressed it, they may find that this could be a real option even after the crisis has been overcome. Even in industries where this has not been considered so far.

This article is part of the "Game Changer Corona Crisis" series.

Andreas Wartenberg has been an executive search consultant for more than 25 years, filling management positions in the technology sector and other industries. Mr. Wartenberg set up and led national and international teams before joining Hager Unternehmensberatung as a Managing Director in 2008. He is a leading topic expert in the DACH region in regard to all aspects of technology management and digitalization within all type of corporations. Since early 2015 the Hager Unternehmensberatung has become a partner of Horton International. Andreas Wartenberg is currently Chairman of the Board at Horton Group International.

Wer auf IP-Telefonie setzt und seine Telefone oder Telefonanlage mit dem Internet verbunden hat, stößt häufig auf Probleme bei Verbindungen und der Sprachqualität. Wir geben einige Tipps, wie sich häufige Fehler finden und beheben lassen. read more
The publisher indicated in each case is solely responsible for the press releases above, the event or job offer displayed, and the image and sound material used (see company info when clicking on image/message title or company info right column). As a rule, the publisher is also the author of the press releases and the attached image, sound and information material.
The use of information published here for personal information and editorial processing is generally free of charge. Please clarify any copyright issues with the stated publisher before further use. In the event of publication, please send a specimen copy to service@pressebox.de.