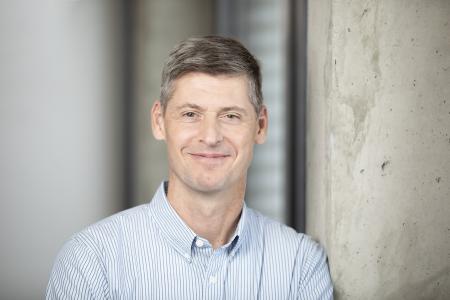 (PresseBox) ( Frankfurt, 19-02-28 )
As a former soccer professional, Richard Golz (50) is one of the top 25 players in the Bundesliga with 453 matches for Hamburger SV and Sport-Club Freiburg. Since last year, the former goalkeeper has been working for Hager Unternehmensberatung, a management consultancy specialising in executive search, at its headquarters in Frankfurt am Main, where he heads the newly established sports division as Business Unit Manager. His sporting career and other professional activities have brought him a wealth of experience.

With around 3,500 participants and an extensive stage programme with 150 speakers on tomorrow's developments in sport and business, the SPOBIS in Düsseldorf at the end of January once again confirmed its role as probably the largest and most significant sports business event in Europe. It was felt that 90 percent of all lectures and discussions were about digitization: as the topic that is also rapidly growing in importance in the sporting environment. Of course, this is also an important aspect for us at Hager; in general, and in particular for me and my task when it comes to filling positions at sports clubs and associations with the experts who are exactly suited to these tasks in terms of their profile.

Also from this point of view, the SPOBIS brought two extremely interesting, filled event days with countless conversations and intensive exchange - and the reunion with many former fellow players and opponents from my football career. What used to be only found at benefit events, such as indoor tournaments for traditional teams, is now also developing at such trade fairs, congresses and conferences. A kind of footballer class reunion. And not by chance.

On the one hand the joy is great when we meet again on such occasions away from the grass. At the same time, however, this also reflects a clear development in that more and more former professionals are now cavorting in the sports business - and no longer primarily as coaches. Some examples of the SPOBIS:

Former national goalkeeper René Adler (34) is currently facing the transition from his sporting career to the time after football. As a speaker at SPOBIS, he reported on "business studies, start-up investments, stock trading" and thus on "how I prepare for my career after my career". René has long been deeply involved with this new phase of life and, after graduating from the European Sports Management (ESM) Academy with a grade 1 in 2016, initiated it with his stake in "T1tan". The company manufactures innovative goalkeeper gloves and sells its products online. René seems to be well prepared and positioned "for the time after".

With Mike Hanke (35), another former national player has now completely realigned his career following his last career in China. Together with Thorben Marx (37), his team colleague from the German Bundesliga at Borussia Mönchengladbach, the former goal scorer has been involved since 2017 in tivela.com, a football lifestyle portal designed to help other professionals beyond their active time.

Finally, Sebastian Kehl (39), who won the German championship three times with Borussia Dortmund and was vice world champion with the national team in 2002 and third at the German so-called "Sommermärchen" World Cup in 2006, has started a new professional challenge since last summer as head of the licensed players department at BVB from zero to one hundred after a break. A refreshment of blood that is good for the club and was probably even necessary - perhaps the Dortmund team will even be able to win the German championship next May with this expanded constellation. After all, with him a new generation entered the management team - which is certainly not a disadvantage, even with a proven and successful structure. With the well-known ambitious Sebastian as a critical spirit in a positive and constructive sense, new approaches will certainly flow in, which can provide important impulses.

Especially since he did not use the time between the end of his career in 2015 and his return to the company in 2018 solely to gain distance, but also to prepare for the future and for new things. In the meantime, Sebastian took part in the first edition of a European Football Union (UEFA) study course of almost two years exclusively designed for successful ex-professionals. Sebastian and Simon Rolfes (37), another former national player, graduated as "Master for International Players" (MIP). And as Bayer 04 Leverkusen's recently appointed Sports Director, Simon can also provide additional momentum.

In the future, clubs and associations - not only in the purely sporting field - should increasingly benefit from the professional and contemporary approach of former professionals, whose basis for the new professional task must of course be as far-reaching an education or further training as possible. As already mentioned, the issue of digitisation is at the centre of countless further developments, especially in connection with stadiums. My next article in March will deal with measures already implemented and planned, urgently needed investments as well as the comparison between a Bundesliga game in Frankfurt's Commerzbank Arena and the Super Bowl 2019 in the Mercedes-Benz Stadium in Atlanta.

Hager Unternehmensberatung was founded over 20 years ago and now employs around 100 people at its German locations. Due to its partnership with Horton International, Hager Unternehmensberatung is represented in more than 40 branches in the world's most important economic regions and is one of the top executive search consultancies internationally.

With their extensive know-how in the field of digital transformation, the employees of Hager Unternehmensberatung are competent contacts when it comes to the digitalisation of companies.

In the current surveys of the magazines WirtschaftsWoche and Focus, Hager Unternehmensberatung has repeatedly been awarded and listed as one of the best personnel consultancies in the executive search sector.