Diversity - Who has the power in the end? 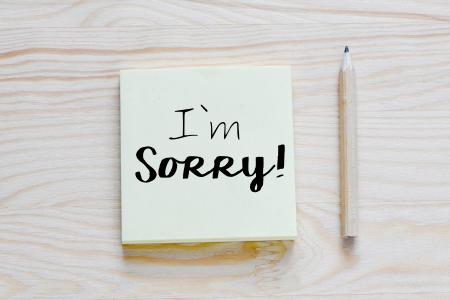 On 28 May - the 7th German Diversity Day - a number of organisations across Germany called for more sensitivity to this topic. But who benefits from this appeal if it is not heard at all levels?

On the supervisory boards of DAX (German share index) companies, power is still concentrated in male hands. According to a recent FAZ article (One of Germany’s most important newspapers), the current rate of new appointments of women to supervisory boards is the lowest since 2010. In many areas, developments are continuing to move forward - in terms of diversity, obviously, back again.

For a long time, I thought that these surveys were only prepared for the media in order to propagate further here. But reality recently brought me down to earth. In my immediate environment, the diversity factor paired with the so-called 'boy groups' occurred directly. A very committed and loyal power woman was denied the next career step - with a direct reporting line to the Executive Board - because she and her female comrades-in-arms could not compete with her male colleagues who were already waiting. In one of the leading German corporations, after more than twelve years of loyal commitment, it was time for the company: sorry, but you ought to leave.

Now it could be argued that the male line-up is stronger in performance. But this is also a misconception, the facts and figures in this case spoke in favour of the female filling the position. Obviously this did not fit into the concept of the management team. Especially since this 'power woman', to whom this happened, is also people of colour and that was probably not a suitable format for the German flagship to display the 'traditional high gloss'.

What is often concealed at the highest levels and then communicated as an unfulfilled quota of women is unfortunately also frequently found in the rest of the working world.

Be it age, skin colour or gender - if the main characteristics of the person do not conform to the 'unspoken' extended requirement profile, there is not even an invitation to a personal interview. At this point I can only urge employers to fill vacancies - no matter in which position or hierarchical level - according to the required qualifications. In addition to the professional requirements demanded, soft skills are clearly also important. But neither gender nor skin colour indicate whether the candidate has the essential attributes or to what extent they are pronounced. Or are there meanwhile gender studies on team spirit, loyalty, commitment etc. etc.?

Companies that don't want to be among the 'victims' of the lack of specialists and managers and don't want to run the risk of making negative headlines about unfulfilled female quotas or the lack of diversity, should increasingly deal with the topic. Otherwise it will eventually spell: Sorry!

Hybrides Arbeiten wird in großen wie kleinen Unternehmen aktuell stark diskutiert. Firmen müssen damit rechnen, dass künftig an fast jedem Meeting mindestens eine Person virtuell teilnehmen wird. Das stellt die IT vor neue Herausforderungen. read more
The publisher indicated in each case is solely responsible for the press releases above, the event or job offer displayed, and the image and sound material used (see company info when clicking on image/message title or company info right column). As a rule, the publisher is also the author of the press releases and the attached image, sound and information material.
The use of information published here for personal information and editorial processing is generally free of charge. Please clarify any copyright issues with the stated publisher before further use. In the event of publication, please send a specimen copy to service@pressebox.de.