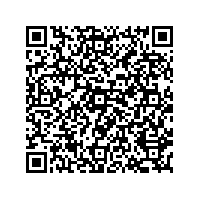 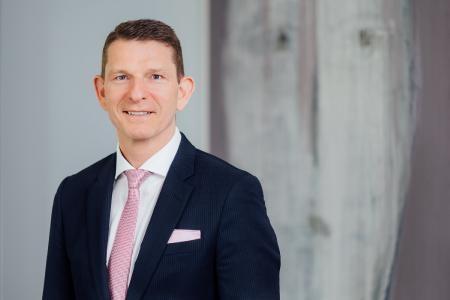 (PresseBox) ( Frankfurt, 17-08-21 )
The German labour market is getting tighter in all sectors – companies are desperately looking for new talent, specialists and experienced executives. In the IT industry, in particular, the situation has worsened dramatically. The typical candidate – male and young– has long since become a scarce commodity. That’s why diversity management is increasingly becoming a key factor for recruiters in the fight against the shortage. In essence, it’s about recruiting greater numbers of women, employees from abroad, older workers or people with disabilities, and creating an attractive environment for these groups.
In the realm of HR, diversity is about having an open corporate culture that promotes diversity and differences in the workforce: regardless of sex, age, origin, religion, disability and sexual orientation.

Skill shortages in many industries
The skill shortage in Germany is enormous and is affecting numerous industries. “The employers’ market has already transformed into a workers’ market. In many areas, there are simply not enough workers with the necessary skills available. In addition, employers in many areas are frequently looking for young, male colleagues from Germany,” explains Andreas Wartenberg, Managing Director of Hager Unternehmensberatung. But this particular employee resource is increasingly becoming a bottleneck.
“That’s why we now need to turn more and more to well-qualified female colleagues and staff from abroad or from a migrant background. People with disabilities often also have the same qualifications as any other candidates and are often intrinsically more motivated,” says Wartenberg. The solution is clearly increased diversity management within the company. But what does that mean exactly?

What does “diversity” mean?
The term “diversity” implies various, different or diverging. In the realm of HR, diversity is about an open corporate culture that promotes diversity and differences in the workforce: regardless of sex, age, origin, religion, disability and sexual orientation. Such a culture is characterised by an unprejudiced environment, equal opportunities, as well as an appreciation for other cultures and lifestyles. “Diversity management delivers companies economic benefits and has been classified as a success factor for some years. In a culturally diverse country like Germany, HR work needs to take greater account of diversity than in the past,” says Andreas Wartenberg.

But diversity management is far more than just a tried-and-tested method of overcoming the skills shortage and has many more benefits for sustainable business success. After all, companies that pursue a recruiting policy based on homogeneity risk falling behind the competition sooner or later. “Because new ideas do not come about if everyone thinks exactly the same way, but rather when various different kinds of characters come together,” says the Hager Unternehmensberatung CEO.
It is obvious that an international team can develop new markets more successfully than a purely national one. The input of lateral thinkers or employees with different backgrounds can be very useful when it comes to digital transformations. “Especially in the IT sector, it’s not just about programming apps and applications. Here too, companies need to ‘think around corners’ to set themselves apart from the competition,” says Wartenberg. And this works best in teams that consist of people from varying backgrounds.

Germany still has some catching up to do
Although there is still some way to go, personnel consultants see the IT industry as a pioneer in Germany when it comes to the topic of diversity. In many IT companies, highly diversified teams with widely different backgrounds have become indispensable. “In the IT environment, there are a lot of areas in which specialists are required, but difficult to find on the national labour markets and are therefore recruited from abroad. In that case, diversity arises as a logical consequence, without being deliberately planned as a strategy,” says Andreas Wartenberg.
He believes that diversity management needs to prevail not only in the IT industry but in all industries. However, this should not be seen as some kind of tiresome obligation. Executives should keep in mind the intrinsic added value of diversified corporate cultures, something which goes far beyond the increased attractiveness of the company as an employer.

Diversity management and executive search
What role does diversity play today in respect of headhunting? “That depends, of course, on the customer. Many enterprises are open and already rely on diversity management. Some companies even insist that one in three candidates on the shortlist must be female,” explains the personnel consultant.
Many are aware of the fact that a diversified recruiting policy is required to ensure a precise placement. Otherwise, the potential pool of suitable candidates would be severely restricted. “If a client tells us that he does not want to recruit from certain population groups, we always point out that this will greatly reduce the range of appropriate candidates. It is something they really should avoid,” advises Wartenberg.

Summary
When it comes to recruitment, companies should avoid focusing solely on candidates who have a straightforward employment history or come from competitor companies. “The companies that are successful will not be those that only use one-dimensional searches, but rather those that attract other genders, nationalities, etc. to fill their vacancies,” explains Andreas Wartenberg of Hager Unternehmensberatung. Anyone who ignores the issue of diversity management will fall victim to the natural market shakeout in the medium to long term.

Authors:
Andreas Wartenberg has been an executive search consultant for nearly 25 years, filling management positions in the technology sector and other industries. Mr. Wartenberg set up and led national and international teams before joining Hager Unternehmensberatung as a Managing Director in 2008. He is a leading topic expert in the DACH region in regards to all aspects of technology management and digitalization within all type of corporations. Since early 2015 the Hager Unternehmensberatung has become a partner of Horton International. Andreas Wartenberg is currently Chairman of the Board at Horton Group International

With over 80 employees working in small specialist teams, a fully digital workflow and over 20 years of experience in the technology sector as well as other innovative markets, Hager Unternehmensberatung brings together the performance and process quality of the industry’s big names with the speed and flexibility of a start-up.

Hager Unternehmensberatung is one of the top 15 recruiters in the DACH region and the well-known executive search consultancy for digital transformations.