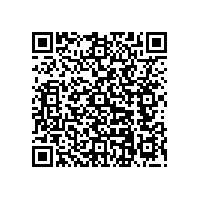 KVM save the Queen's Day

(PresseBox) ( Wilnsdorf, 13-05-14 )
You might ask yourself: What was so special about the 30th of April? Each year it's a special day for our Dutch neighbours. This year it was not just a special day, it was a very special day for the Dutchmen and women. If you are curious to find out what G&D's KVM extenders have to do with the Queen's Day - keep on reading!

Known for being one of the most colourful Dutch festivals, Queen's Day took place on the last day of April. But in 2013 it was the last Queen's Day for Queen Beatrix as she officially abdicates in favour of her son, His Royal Highness the Prince Willem-Alexander and Her Royal Highness Princess Máxima of the Netherlands as the new king and queen.

One man's joy is another man's sorrow

Almost 800,000 locals and visitors enjoyed Amsterdam's open-air fun. The biggest party of the year attracted a big orange crowd, which enjoyed the day all around the city along canals, streets and parks. While most people spent their time celebrating peacefully and jolly, others had to work hard. Over 10,000 police officers were responsible for the safety of the celebrating crowd and for protecting them against potential attacks. But luckily the city was able to enjoy a pleasant, celebratory atmosphere. There were no serious offences reported.

For monitoring purposes Dutch police used German KVM hardware from Guntermann & Drunck GmbH. With the help of KVM extenders, the police could place their computers in access-protected technical equipment rooms while the observers worked in a central control room where they kept everything in sight. The KVM extender CATVision bridged the distances between computers and observers successfully.