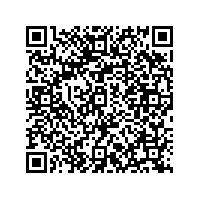 Being there is everything - G&D will be there

(PresseBox) ( Wilnsdorf, 12-07-26 )
When it comes to radio broadcasting the main sports event in 2012, KVM devices from German manufacturer Guntermann & Drunck will play an important role. They will be applied by German radio stations SWR and NDR as they broadcast this summer's sporting highlights.

When more than 10,000 athletes from 200 countries meet to give their best, over 25 million listeners will follow the most important sporting event of the year on their radios. After stops in Athens and Beijing, this year KVM devices from Guntermann & Drunck will be used by German radio stations in Great Britain.

The local media centre, the International Broadcast Centre (IBC) pulls all technical and editorial strings. Here, live streams and recordings are edited for various shows before they are finally broadcasted. IBC edits the recordings from the sports venues and provides the material to German radio stations.

These processes require many computers since the broadcast material needs to be available at the desks of both hosts and commentators in Great Britain and at home in Germany as well.

KVM - coach in the background

Just like a coach, KVM plays an important role in the background. The focus is on athletes, hosts and commentators. As soon as their voices are on the air, computers must remain silent. That's why radio technicians move any computers in separate equipment rooms. KVM extenders and switches reunite employees and computers - at least at the user side. Applying KVM products to operate computers leaves users at silent, clearly-arranged bays free from computers and intuitive to operate. Yet they are still able to access the remote computers without any restrictions. Now technicians can also maintain computers without distracting the studio staff.

In London, all product groups from the German KVM manufacturer are applied:

Radio is a special part of broadcasts since emotions must be audible. People listening to radio or web radio don't just want to know about exciting competitions, the happy mood at the sports venue or fascinating results, they want to feel as if they were part of the crowd. That's why the men of action count on advance planning and team spirit where speed, skills and emotions are coached by the use of Guntermann & Drunck's KVM products.