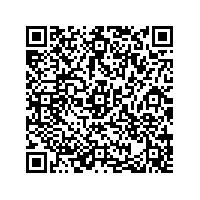 (PresseBox) ( Bickenbach, 19-10-30 )
GTM has gone one further on the way to the precise measuring of torque and efficiency in wind power plant test rigs: On 5 September 2019, the German Patent Office awarded the company a patent for torque measurement in wind power plant test rigs by means of multi-component technology. “We’re delighted that our invention has been considered innovative enough to receive protection by patent,” says GTM’s Technical Director Daniel Schwind.

In the past, it was technical resilience and service life that acted as measure of a wind power plant’s effectiveness. These were thus the criteria under primary scrutiny in test rigs. Today, however, the focus is shifting more and more to another value: efficiency.

A wind power plant’s nacelle – in other words the generator and gearing without the blades – today achieve efficiencies of around ninety-five percent. Up until now, it has been neither possible nor necessary to measure this value down to a decimal place. But, against the backdrop of plans to significantly increase proliferation of renewable energies, being able to do so is now becoming more and more important. The more precisely efficiency can be determined, the greater the number of households a wind power plant can supply. According to a survey by the German Wind Energy Association (BWE), the cumulated output of all wind power plants constructed worldwide by the end of 2017 amounted to 539,581 megawatts. Taking into account downtimes from calm weather (1,500 hours of full load), raising plant efficacy by 0.1 percent would suffice to cover the energy needs of 85,000 people in Germany.

The ability to determine wind power plant efficiency to this degree of precision as early as during planning boosts competitiveness of the wind power sector.

To achieve it, test rigs need to be even more accurate than they have been, with greater reproducibility and more readily comparable results: torque measurement must be traceable at measurement uncertainties of no more than roughly 0.1 percent.

How does the invention work?

Thanks to GTM’s technical innovation, the opportunity now exists to measure torque – and thus efficiency – with the requisite precision. To do so, the test rigs employ a system that traces the measured values force and length: a multi-component measuring platform. It comprises a number of force transducers for absorbing forces and additional joints for decoupling secondary components.

Cost-benefit considerations indicate that it makes more sense to incorporate such a measuring platform when building a new test rig rather than convert an existing rig.

GTM officially supplies Germany’s national metrology institute, the Physikalisch-Technische Bundesanstalt (PTB) in Braunschweig, who is appointed by Germany’s law on units of measurement and time to hold authority over the national standards. The company developed its invention in parallel to the PTB’s efforts to construct a torque standard measuring facility for large torques up to 5 MN for tracing. The new PTB system is estimated to produce a measurement uncertainty of around 0.1 percent. Further tracing steps – calibration of a transfer transducer, which in turn would be used to calibrate the wind power plant test rigs – would add to measurement uncertainty. The test rigs would then ultimately produce inaccuracies of around two percent.

“Our invention allows us to support the PTB’s pursuit of measuring major torques with greater precision. We’re happy that our capacity for innovation and our expertise in multi-component technology are letting us raise torque measurement in wind power plant test rigs and with it the measurement of efficiency to new heights,” Daniel Schwind says.

The GTM Testing and Metrology GmbH is the leading provider of precise and reliable measuring of mechanical forces worldwide. As a specialist, pioneer and technological development driver, GTM offers standard products, customized solutions and services for the measuring of forces and moments at the highest level. The GTM laboratory possesses the biggest force standard machine for tension and compression forces privately owned and distinguishes itself by decades of experience and high expertise in the development of customized solutions in addition to numerous standard solutions.

The core business includes the production of force and torque transducers as well as measuring systems. The products are in use worldwide, of which there are roughly 40 standard measuring systems in National Metrology Institutes alone. In addition to this GTM offers specialized services in its own calibration laboratory and issues calibration certificates, which are globally recognized.

GTM was founded in 1988 and has its head office in Bickenbach (Rhein-Main area), an affiliate in Prague and a worldwide net of distribution partners. Since 2007 the company belongs to the Zwick Roell AG, one of the leading testing machine producers in Europe.