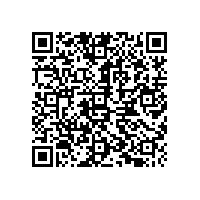 (PresseBox) ( Frankfurt am Main, 08-05-08 )
Deutsche Börse AG has reorganized its press office: Dr. Frank Herkenhoff(33)is Head of the office with immediate effect; and thus responsible for national and international media activities. Herkenhoff has been working for Deutsche Börse for two years now. He joined from an international communication consultancy where he worked for various companies of the financial sector.

Herkenhoff holds a masters degree in communication science from the University of Leipzig and wrote his Ph.D. thesis about risk management.

The Media Relations team is part of Corporate Communications which is headed by Rüdiger Assion (41).
Stefan Keidel (43), who has been working for Deutsche Börse since 1 October 2007 returns for family reasons back to Munich. There Keidel is at Deutsche Börse's disposal as an author among other things.

Walter Allwicher (40), who served as Head of Media Relations for many years, is leaving Deutsche Börse Group by mutual consent. Allwicher joined Deutsche Börse in 1995, and was in charge of global PR since 1998; from 2006 to 2007, he was responsible for all the Group's corporate communications. During this time,

Further information from Deutsche Boerse Group is available under http://deutsche-boerse.com/...