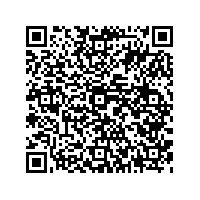 (PresseBox) ( Frankfurt am Main, 08-11-10 )
In an international comparison, Deutsche Börse remains the most attractive listing venue for companies aiming for an IPO. This is the conclusion reached by a study presented by Professors Christoph Kaserer (Technical University, Munich) and Dirk Schiereck (European Business School) at the German Equity Forum on Monday.

Almost every third listing of a company, which chose Deutsche Börse as a listing venue, was an Initial Public offering (IPO). This includes a first public offering of shares with an approved prospectus. Compared to this, every fifth company listed on Euronext for the period from January 2005 until March 2008 had an IPO. On the LSE only every ninth company went public, accompanied by a prospectus that has been approved by a supervisory authority.
Especially in alternative markets Deutsche Börse's Entry Standard is well ahead in IPOs (59.6 percent). Only 0.3 percent of all listed companies on the Alternative Investment Market (AIM) in London had an IPO at this venue.

Sector focus is key to selecting a listing venue for an IPO - especially for companies from the emerging markets. For the period under observation, Deutsche Börse leads among companies whose business is in the alternative energies, high technology, chemical and industrial sectors. In alternative energies alone, 97.8 percent of the entire placed IPO volume has been placed on the Frankfurt Stock Exchange. In contrast, LSE dominates in commodities, such as oil and gas, while Euronext focuses on the energy production, media and transport/logistics sectors.

Another key criterion is the durability of a stock exchange listing. Deutsche Börse clearly stands out in this respect: No company with an IPO in Frankfurt between January 2001 and March 2008 has become insolvent. The percentage of insolvencies for Eurex is nearly three percent and for LSE more than five percent. The proportion of delistings is also correspondingly high. The percentage of delistings on LSE is more than ten percent, while at Euronext it is almost seven percent, with no delistings from HKSE or Frankfurt Stock Exchange during the period stated.

The study reconfirms the results of a survey published by the professors last year. For the period from January 1999 to March 2008, Deutsche Börse received top marks as a listing venue in a global comparison. Companies benefit from the lowest capital costs and the highest liquidity. Subjects of the examination included the costs of market access, the subsequent costs for further capital increases and liquidity. Deutsche Börse's Prime Standard and General Standard rank above the other "main markets", with its Entry Standard also ranking above other alternative markets.

The complete study "Primary Market Activity and the Cost of Going and Being Public" and a summary of the study can be found on our website at www.deutsche-boerse.com/....