Start of construction for the solar park Chulakkurgan (South Kazakhstan) 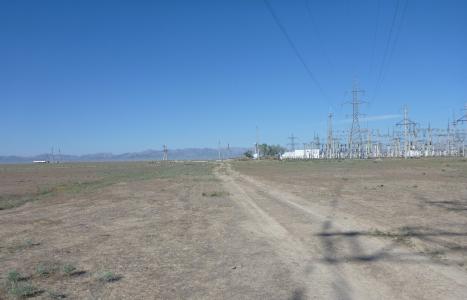 (PresseBox) ( Leipzig, 19-07-08 )
At the beginning of July 2019, the construction start of the 50 MW solar park Chulakkurgan in southern Kazakhstan, developed and planned by Green Energy 3000, was celebrated. In the presence of the financing bank, the investor and official representatives of the Shymkent region, the start of construction was celebrated with an official ceremony. Completion is scheduled for the end of 2019.

With the signing of the project purchase contract for the solar park at the end of 2018, the Green Energy 3000 Group reached another milestone in international project development.

"I am delighted that after reaching this milestone we can now announce the next success in Kazakhstan with the start of construction", says Andreas Renker, Managing Director of Green Energy 3000 Holding GmbH based in Leipzig. "In addition to the German and French markets, where we have an increasingly diversified project portfolio, other foreign markets in and outside Europe are becoming an increasingly important success and growth factor for us," adds Mr. Renker.

Since entering the market in Kazakhstan, Green Energy 3000 has consistently driven project development forward despite all local challenges. The group is present in Kazakhstan through a branch office in Nur-Sultan and aims at the successful implementation of further projects in the wind and solar sector within the newly created tender system in Kazakhstan.

In France, the second important foreign market for Green Energy 3000, the Pauvres and Villers-le-Tourneur wind farms were successfully sold to investors some time ago. The 5 MWp Chassenard solar farm is currently being sold. In addition, the building permit for another 12 MW wind project is expected in Q3 2019.

In addition to its international achievements, Green Energy 3000 maintains its successful presence in its home market of Germany. Construction work on the Gauaschach wind farm (Bavaria) is now in progress. At the end of February, the project purchase agreement for the 12.3 MW wind farm was signed with a group of German investors. Completion of the wind farm, which will be built under challenging conditions, is scheduled for December 2019.

Green Energy 3000 is a group of companies with many years of international experience in project development, planning, construction and operation of wind and solar parks. The group of companies has an extensive international project portfolio and plans to commission numerous further solar and wind power plants developed in-house next year. Green Energy 3000 thus makes a significant contribution to the expansion of renewable energies. In addition, the activities in the field of energy storage also contribute to enabling further progress in the transformation of energy systems.