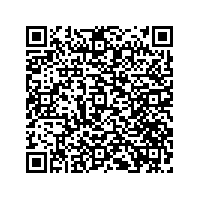 GMC to Represent Family-Friendly Channel in Germany, Austria and Switzerland

Today's agreement enables leading KidsCo programming, including The Wiggles, New Adventures of Madeline, Paddington, Heathcliff and original KidsCo content including arts show and Jass Time!, to become increasingly available in the German speaking countries. KidsCo's strategic expansion into Western Europe follows recent agreements for the channel to air in France (Orange) and Portugal (Clix). The channel is already available in Germany via the second largest cable operator, Unitymedia and is also on air in Spain via Teuve.

KidsCo offers three programming zones of preschool, kids 6-10 and family, which have been designed to fit audience availability and lifestyle, and feature great animated and live action content plus movies which can be enjoyed by the whole family. Viewers around the world have already embraced KidsCo and recognise how it connects families by providing safe, trusted, age-appropriate and educational programming to kids everywhere. KidsCo only selects shows with strong educational values, enabling kids to learn through entertainment.

KidsCo Managing Director, Paul Robinson commented: "We are delighted that GMC is working with KidsCo and NBC Universal on the distribution of KidsCo in Germany, Austria and Switzerland. These territories are strategically important to us as we continue to roll-out the channel throughout Western Europe and beyond. We look forward to working with GMC and NBCU in expanding KidsCo's presence in this important market."

Christian Knaebel, General Manager and founder of Global Media Consult, said: "We are honoured to have been selected by KidsCo as their partner to represent the channel towards the German speaking TV operator and entertainment provider audiences. We shall continue extending the channel's distribution, clearly offering premium, safe and educational programming for kids, that parents can trust. This agreement strengthens our position as one of the preferred marketing and distribution consulting firms for broadcasters and platform operators across Europe, Africa and the Middle East. With our global network of experts and partners, our customers benefit from in-depth local market insights, translating into more reach, value and efficiency."

Cookie Jar Group The Cookie Jar Group is a Canada-based global children's entertainment and education company dedicated to excellence. Through Cookie Jar Entertainment, the company is a leader in the creation, production, marketing and licensing of evergreen character brands that appeal to kids and families worldwide. Cookie Jar Entertainment's library of nearly 6,000 half-hour episodes features some of the world's most recognizable brands, including "Strawberry Shortcake," "Caillou", "Inspector Gadget," "The Doodlebops," "Arthur" and "Johnny Test". The company owns non-character based brands for licensing such as Mommy & Me. Through its pan-European subsidiary, the full-service licensing agency Copyright Promotions Licensing Group, Cookie Jar represents numerous third-party iconic brands. Cookie Jar Group also has a one-third interest in international children's television channel Kidsco. Cookie Jar Education, based in Greensboro, North Carolina, is one of North America's largest providers of supplemental education materials, reaching nearly 2,000 teachers across the United States, through the Carson-Dellosa and HighReach Learning brands.

Global Media Consult (GMC), headquartered in Cologne, is a group of consulting experts for media and TV companies from around the globe. All GMC experts have profound experience and knowledge when it comes to marketing of content, developing distribution reach or resolving related infrastructure questions. Global Media Consult combines a variety of competence fields. The group provides advice to platform operators in areas such as content strategy, business development and content acquisition. GMC works with content owners and TV channels to help them enter new markets and to launch new products and services, including distribution management and market development for international channels in selected domestic markets and regions. All GMC experts contribute specific industry expertise or market know-how to ensure tangible results and efficient project management. Global Media Consult works closely with its clients, with GMC acting commonly as an outsourced business development unit or project task force team. For further information please visit www.globalmediaconsult.com