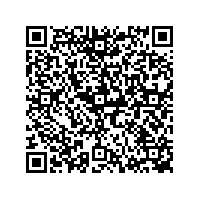 Subscribe to news
(PresseBox) ( Bradford, Munich, Schoeffengrund, 10-09-01 )
PMC Ciphers, Inc. demonstrate that their new Block Cipher with giant block size can encrypt 256 megabyte of data at once. Never before has a block length as long as this been reported in history.

There are two distinct advantages to the new Giant Polymorphic Block Cipher. The first is obviously the huge block size. In a single block of data each bit in the block is dependent on each other bit. Therefore the more bits in the block the greater the variability. The second is that the block size itself is also variable. This adds yet another layer of variability to PMC's Polymorphic Ciphers. Another benefit of the variable block size is that the Giant Block Cipher requires no padding of partially filled blocks, as no partially filled blocks occur. This is ideal for VoIP, Internet TV, and other applications which bandwidth usage can be reduced by eliminating the transfer of partially filled blocks.

In an attempt to research the limits of the new Giant Block Cipher from PMC Ciphers, encryption specialist C. B. Roellgen from Global IP Telecommunications/PMC Ciphers was able to demonstrate encryption of a single block of data with 256 megabyte size so that each bit in the block depends on each other bit and the key, as well as the block size. Encryption took 5.046 seconds on an Intel Core i7 950 with 3.06 GHz clock frequency. Only one processor core and 32 bit code was used for the test. The heatpipe cooled processor die reached a temperature of 52°C at an ambient temperature of 30°C. The Internal State of the algorithm consumed 181 megabyte of RAM, mainly for the permutation process step. PMC Ciphers believes that never before have 2 gigabit of data been encrypted in a single S-Box.

The Giant Block Cipher from PMC Ciphers is a tweakable block encryption algorithm with variable block size of 128 bit to the currently demonstrated 2 gigabit. Blocks with up to 128 kilobyte are encrypted especially fast on modern 32- and 64 bit microprocessors as the algorithm can run directly from the data- and instruction cache under these circumstances.

"We are taking data encryption one step further to a whole new level. Currently PMC creates its Polymorphic Ciphers where the encryption algorithm itself depends on the key. It is totally fascinating that it's now possible to encrypt entire highresolution images from any professional digital SLR camera in a single block in ECB mode", says Michael Best from Global IP Telecommunications. "Data is even better protected by its sheer size as encryption not only depends on the key, but on the state of each and every bit in the plaintext. This is unprecedented in history".

More information and can be found at:
http://www.pmc-ciphers.com

The press kit can be found under the following URL:
http://downloads.turbocrypt.com/...