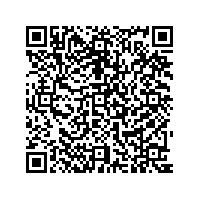 In the paper, "Visualisation of potential weakness of existing cipher engine implementations in commercial on-the-fly disk encryption software”, the companies revealed that disk-based encryption schemes can in part be circumvented to reveal protected data. The attack was named “Backup Attack” by the author.

In order to mount the attack successfully, an encrypted volume image file is duplicated and both files are subsequently used independently to store information. Subtracting data bits with identical bit positions in the two files from each other yields zero for blocks or sectors that contain identical bit patterns in both files. This proves undeniably use of encrypted image files, how much data is stored in the encrypted image file and plaintext can even be revealed under certain circumstances without any knowledge of the key. As formatting commonly implies initialisation with all zero bits, blocks or sectors with all zeros can easily be identified in more recent copies. The new attack applies to ECB Mode (Electronic Codebook), Counter Mode (CM), Galois/Counter Mode (GCM), LRW, XEX, XTS, as well as CBC-based modes of disk encryption applications.

Most disk encryption softwares take advantage of disk keys. Changing passwords does thus not require re-encrypting an entire image file and security does not suffer at all due to the fact that password encryption is performed using a one-time-pad.

The paper, "Visualisation of potential weakness of existing cipher engine implementations in commercial on-the-fly disk encryption software” is accessible through the following URL:

About CyProtect AG:
CyProtect AG was founded in the year 2000 and is focused on security, respective internet security. We are protecting data and applications against external attacks and are offering encryption for sensitive information saved on storage systems and during network and transfer connections. Furthermore we secure important data against unauthorized access with powerful hardware and software solutions (www.cyprotect.com).