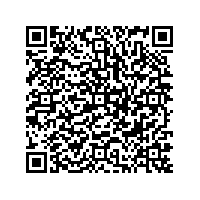 (PresseBox) ( Bobingen, 17-05-19 )
Radiation therapy is meant to treat tissues with cancer by applying ionizing radiation while protecting healthy tissue as far as possible. The balance between an effective radiation dose in the target area and clear differentiation from healthy cells is at the focus. The Robotic-Couch RPS automatic with six degrees of freedom permits positioning of the patient in the virtual isocenter. This is progress for stereotactic radiation, because the penumbra (half-shade) can be reduced this way. On the other hand, the virtual isocenter helps avoid collisions in non-coplanar radiation therapy. gkteso GmbH from Bobingen will present the RPS automatic at the ESTRO 36 in Vienna from May 5th to 9th, 2017.

The virtual isocenter creates new dimensions in radiation therapy. The background for this is the option to either move the patient closer to the gantry with the radiation to match the demand and procedure, or to enlarge distances. Both are important: stereotactic radiation will profit from closer proximity to the gantry, while non-coplanar radiation therapy works with less collision at a larger distance.

Reducing the penumbra – ideal for stereotaxia
The range where the radiation dose drops from 80 to 20 percent at the sides of the field edge is called half-shade or penumbra. The narrower the half-shade, the more sharply and precisely can the radiation volume be limited. Surrounding healthy tissue or organs at risk can be protected better this way. In addition to the size of the radiation source and the properties of the blind system, the penumbra is also influenced by the distance between the collimator opening and the isocenter. A shorter distance between the blind opening and the isocenter reduces divergence, i.e. fanning open of the treatment beam, and thus reduces the half-shade.

"The virtual isocenter also permits much more precise stereotactic radiation therapy," says Dr. Klaus Bratengeier, deputy department manager of medical physics at the university hospital of Würzburg. For treatment in the area of the head, the patient's head is fixated with customized frames and masks for stereotactic radiation, to keep surrounding nerve tracks and brain areas out of the treatment beam. The synchronous movement of the RPS automatic and gantry makes it possible to reduce the distance between the gantry and the patient to a minimum. This improves focus of the radiation field, so that the tumor can be outlined very precisely and clearly by the treatment. The blinds of the multi-leaf collimator are mapped much more finely and precisely in the target area than was previously possible.

The virtual isocenter creates space for the non-coplanar radiation therapy
Before starting radiation therapy, treatment is planned using imaging procedures and the gantry movements are calculated. The spatial situation often limits the movements the gantry can perform. For reasons of safety, collisions with the patient or the patient bed must be avoided. If a virtual isocenter is defined, the distance between the gantry and the patient can be increased to permit additional radiation angles. When the RPS automatic is additionally coupled to imaging procedures, very small position changes of the tumor due to breathing movement in the chest area or peristalsis in the stomach area can be compensated by motion or gantry, in order to further improve treatment quality.

RPS automatic at ESTRO
The RPS automatic will be presented at ESTRO 36 in Vienna from May 5th to 9th, 2017. Interested trade fair visitors can see the options of the RPS automatic on site. The mobility in six degrees of freedom is conducted with movements that are as precise as they are gentle. The very stiff lying surface prevents quality loss even at strong loads. RPS automatic can be coupled with any common linear accelerator and system.