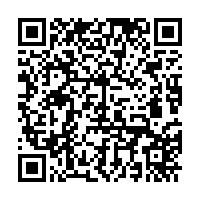 Successful start to the year in Germany

Findings of the GfK Consumer Climate survey for January 2012

(PresseBox) ( Nuremberg, 12-01-26 )
Optimism among German consumers increased at the beginning of the year. Economic expectations and willingness to buy both increased markedly and income expectations remained stable at a high level. Following a revised value of 5.7 points for January 2012, the overall indicator is forecasting a value of 5.9 points for February.

Consumers continue to brace themselves against the rising economic risks and ongoing debt crisis in the eurozone. Economic expectations increased significantly for the second consecutive time and, in light of this, consumers are also more likely to make purchases. In January, the willingness to buy indicator more than recovered from its decline of the prior month. Against the backdrop of a pleasing labor market in Germany, income expectations were virtually unchanged in comparison with December and therefore remained at a very good level.

Consumers' economic expectations once again increased appreciably at the start of the year, up 8.4 points, which is the second consecutive rise. Prior to this, the indicator had fallen successively for five months. At present, the indicator stands at 7.5 points and is therefore once again above the average of 0 points, which had been maintained for many years.

Consumers are battling against the mounting trend towards recession throughout Europe. This is also likely to have an impact on the German economy as struggling European countries increasingly make it difficult for German companies to retain their good export figures with neighboring states. However, so far, the economic engine in Germany is still running smoothly.

Despite the expected weakening of the economy this year, the employment situation will remain positive. Companies also continue to look to the future with optimism, as the third consecutive rise in the Ifo Business Climate Index shows. This pleasing outlook has recently moved back noticeably into focus for Germans, in part because media coverage of the debt crisis lessened significantly over the Christmas period. However, as it has now been given greater attention once again, it remains to be seen whether this positive development will be sustained in the coming months and if this can be seen as a long-term trend reversal.

At the start of 2012, income expectations held their already very good position with the indicator improving marginally by 0.1 points to 34.1 points.

Income expectations continued to be boosted by the extremely positive situation in the German labor market. The majority of forecasts currently assume that the employment rate will increase further this year, although rather less dynamically than in 2011. Consequently, it is also expected that unemployment will continue falling. In addition, a shortage of skilled labor is emerging in some fields, giving rise to hope of significant salary increases which will benefit employees in real terms. The rate of inflation is also expected to support this development. Following an average of 2.3% last year, the rate is forecast to remain below the 2%-mark in 2012.

After the significant decline in willingness to buy in December 2011, the indicator value noticeably improved again this month. Having gained 14.4 points, the prior fall of 12.9 points was more than offset and it currently stands at 41.8 points, which is precisely the same as in January 2011. A higher value was last recorded over five years ago, in December 2006.

There are several reasons for this remarkably strong desire to buy among Germans. First, the positive development in employment is reducing fears of unemployment and is therefore strengthening confidence in planning for the future. In other words, those with job security are more likely to make major purchases. Second, falling rates of inflation are boosting consumer spending. According to the Federal Bureau of Statistics, inflation fell for the third consecutive time in December 2011, dropping to 2.1%.

The current banking and debt crisis also has an indirect impact on the retail trade. Given the lack of trust Germans have in financial markets and historically low interest rates, consumers seem to be more inclined to make high-value purchases rather than saving their money.

Following a revised value of 5.7 points for January 2012, the overall indicator is forecasting a value of 5.9 points for February. The consumer climate is therefore improving.

This development would seem to suggest that private consumption will be fulfilling its designated role as an important mainstay of economic growth in 2012. Especially given the sluggish global economy and growing trend towards recession in Europe, consumption will have the role of stabilizing the economy in Germany and preventing a slide into recession.

In order for consumption to fulfill this role, above all it is necessary that the trust, which has been lost over the course of the crisis, is rebuilt. Decisive, sustainable action by politicians is an important factor for re-establishing trust.

These findings are extracts from the "GfK Consumer Climate MAXX survey", which is based on around 2,000 consumer interviews conducted each month on behalf of the EU Commission. The report contains charts, forecasts and a detailed commentary regarding the indicators. In addition, the report includes information on proposed consumer spending in 20 different areas of the consumer goods and services markets. The GfK Consumer Climate survey has been conducted since 1980.

You can find information on the development of the indicators in the third quarter in ten further European countries in GfK Consumer Climate Europe at http://www.gfk.com/...

You will also be able to see the development for the fourth quarter of 2011 there from February 10, 2012 onwards.

The GfK Group offers the fundamental knowledge that industry, retailers, services companies and the media need to make market decisions. It delivers a comprehensive range of information and consultancy services in the three business sectors Custom Research, Retail and Technology and Media. GfK, one of the leading market research organizations worldwide, operates in more than 100 countries and employs over 11,000 staff. In 2010, the GfK Group's sales amounted to EUR 1.29 billion.

Germany: Consumer climate stable at the start of summer

Recommend Successful start to the year in Germany press release