Intelligent ventilation in the KNX environment 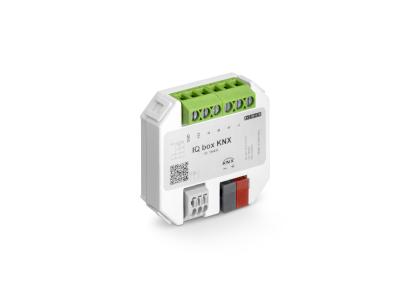 (PresseBox) ( Leonberg, 16-09-27 )
With GEZE, “windows” are becoming smart because access to the KNX world is easy with the IQ box KNX. It allows the integration of the smart window drives from the IQ windowdrive series into the KNX building bus for controlled natural ventilation. The IQ box KNX creates new opportunities in building automation: greater operational convenience and safety, a consistently excellent indoor climate control and low energy consumption. The module has won the Silver PROTECTOR Award.

With the new interface module, IQ windowdrives can be integrated into KNX building systems as direct bus participants. Window statuses (e.g. open/closed) are then displayed on a central visualisation, and controlled and checked from there. The windows thus automated allow direct communication with other components in the KNX building system, such as KNX push buttons and KNX sensors: In this way, all windows in a building can be closed at the push of a button. If a weather station reports rain, the window drives receive the signal to close from the IQ box KNX. With KNX air-quality sensors, the windows are controlled depending on the room ambient temperature or CO2 concentration. Via precise activation of the window drives, the module enables energy saving potential and offers additional safety: In contrast to simple switch contacts, it uses the intelligence of the window drives and after performing a “command” reports the status of a window to the KNX building system or building management system. Additional window information is also provided by the IQ box KNX, e.g. the precise opening width, any faults or the number of opening and closing cycles.

GEZE presents system competence with the combination of a window element, the chain drive Slimchain, the new GEZE indoor climate control for various ventilation scenarios and the new discreet sensor TOF/Spot time of flight measurement (AIR). The Slimchain is very slim and highly flexible. The sensor secures precise fields in the field area. Via the IQ box KNX in a building system, the complete window system can be visualised, controlled and monitored at a central point. The building control WS 1000 Style 4-PF serves as the visualisation and central operating unit for all window functions.

The new window protection from GEZE provides increased security and comfort. It is optimally combinable with the window drive portfolio. The sensors are used wherever they are needed according to a safety analysis and offer the high levels of safety standards according to Performance Level C.

The GEZE window protection can be used for the large-scale protection of complete window façade sections and for individual or linked windows of virtually any window type. The protection can also be used on windows which are controlled by a variety of ways: through a building management system, with offset activation devices or corresponding sensors (e.g. the GEZE indoor climate control). If windows are integrated into a KNX building system and therefore are opened and closed automatically via the interface module IQ box KNX, the window protection deactivates the drive in the KNX building system in case of danger. The different sensor solutions can be integrated unobtrusively in façades, ceilings or frame elements. The commissioning is simple and convenient – without software, configuration or prefabrication. Status displays for the windows and signals can be issued at a central point, e. g. a control panel or LED display in a technology room.

We all know the situation: You stand outside your door with your bags fully packed and have to put everything down to get the key out of your bag and lock the door. Greater protection against burglary, controlled access and accessibility at the entrances to small buildings and private homes is becoming increasingly important. GEZE presents an automatic door system with the swing door drive ECturn Inside, a multi-point locking system and the stand-alone access control system GEZE SecuLogic GCER 100. The door system is “smart”: It can be integrated in a KNX building system or a “smart home” via a KNX actuator. This means that the door is not only opened and monitored at a central point, feedback from the door and multi-point locking system can also be displayed.

Accessibility inside and out

The ECturn Inside swing door drive combines accessibility and safety with the discreet door design. Its dimensions are so small that it can be integrated into the door leaf or frame of internal or external doors without impairing their appearance. The wide range of operating units such as radio push buttons, mobile radio remote control units, and also special functions such as acoustic signals, meet specific user requirements. ECturn Inside can be operated in low-energy and automatic modes. In low energy operating mode, it moves the swing door at reduced speed without safety sensors. For door operation in the automatic mode, the more comprehensive safety sensor can be effortlessly connected.

The stand-alone access control system GEZE SecuLogic GCER 100 allows keyless access for up to 100 people. The use of ID cards, key tags and car keys is possible. Management is via a master-card – a time and cost benefit compared with conventional closing systems with keys: identification media are created and issued in the system and lost IDs are simply deleted. The encrypted data transmission between the reader and the control ensures a high level of data security. The system is ideal for entry doors with multi-point locking systems and can be combined with motor locks. GEZE SecuLogic GCER 100 fits into the world of GEZE system products and also controls swing, electric strikes and emergency exit controls.

For a whole office complex: Comfort and energy efficiency

With IQ box KNX interface modules, GEZE is currently delivering a major project as part of the modernisation and certification of an office complex. It is expected to achieve the international building standard LEED/DGNB in gold. For this, GEZE has developed a customer-specific automation solution for windows. Thanks for the property expertise and innovative strength of GEZE’s “Customer Solutions”, the investments required by the building owner are being kept as low as possible, compared to other modernisation solutions, as the existing window fittings can largely be reused.

The requirements for modernised window systems are natural automated night-time cooling and daily room ventilation “at the press of a button”. As part of this, heating and climate-controlled ceilings are controlled for energy efficiency according to the window position (open/closed). By combining heating control with window drives, windows are closed when the heating or air-conditioning is activated, but also if rain or wind starts. Natural ventilation then occurs automatically. The central control system also enables complete windows frontages or defined groups of windows to be controlled for night-time cooling. If needs change, they can be adapted easily by specifying new ventilation scenarios on a KNX visualisation panel. To achieve this, as a first step 400 bottom-hung windows will be automated with smart, self-developed “F 1200 Electric” drives. The automated windows are being incorporated into the existing KNX office building system via IQ box KNX modules. This makes building monitoring more convenient and more cost-effective.

Electric strikes are an essential aid on highly frequented entrance doors. The A4000 vector electric strikes are an optimum solution for doors with increased heat and sound protection requirements. They symbolise a new quality of comfort, reliability and flexibility during use and installation. Their particular strengths include almost silent door opening as well as secure release of the lock latch - even when under high preload and without the need for additional electronics. With the typical small size and the optional integration of the I.S.T.Kingfix latch guide, A4000 vector electric strikes give new design options and greater planning security.

A4000 vector electric strikes are particularly recommended in noise-sensitive areas. Combined with swing door drives, they open doors without problem even under preload conditions – for example when doors are under high pressure because of load due to wind pressure or door seals. 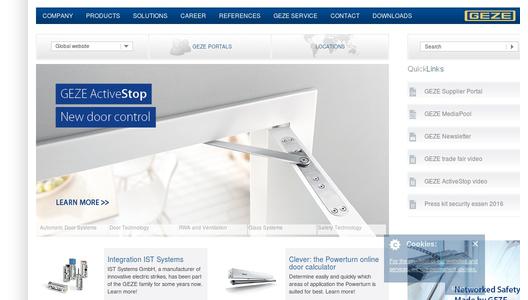