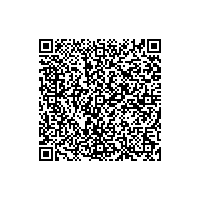 Gartner Survey Shows More Than Half of Respondents Plan to Increase Spending on BPM by More Than 5 Per Cent in Next 12 Months Future of BPM to Be Discussed at Gartner BPM Summit 2009, October 5-7 in Orlando

"Most of the BPM practitioners we surveyed were somewhat optimistic about their companies' growth prospects in fiscal year 2009," said Michele Cantara, research vice president at Gartner. "Only 23 per cent anticipated any degree of revenue decline, while 42 per cent anticipated some growth, suggesting that BPM helps companies thrive and isn't just a survival tactic."

Although respondents were expecting fiscal year 2009 revenue to be stable or to grow, they indicated that they were able to funnel only 40 per cent of their organisations' investments into growth or transformation initiatives. With 60 per cent of overall funding going to "business as usual," Gartner predicts that BPM may be a way for companies to do more with less, and to free up more funding for growth and transformation initiatives.

The BPM Summits' attendees were also asked to indicate whether business or IT (or both) was the primary organisation driving their BPM projects and programmes. The responses underscored that BPM isn't business- or IT-led. Most often (41 per cent), BPM is jointly led by business and IT, and when it's not jointly led, business and IT are nearly equally likely to be leading BPM efforts.

"Overall, the survey responses suggest an optimistic outlook for the BPM market and also highlight trends we've observed in customer inquiries and reference checks; that is that companies don't see BPM as a luxury," said Ms Cantara. "Instead, BPM is quickly becoming an alternative and better way of developing solutions and improving processes for many companies."

Ms Cantara said that companies that ramp up their BPM investments now will be poised for growth when the economy recovers. She recommended that organisations use BPM to help prioritise which existing projects, suspended projects and new projects will be prioritised, sequenced, funded and staffed when business growth returns.

Ms Cantara will provide more detailed analysis at the Gartner BPM Summit 2009 taking place October 5-7 in Orlando, Florida. This Summit offers the latest insight on creating and sustaining an agile process-powered organisation and will deliver actionable insights to help companies through today's economic pressures. The event will showcase the latest process management strategies, implementation tactics and leading technologies to place a company in a stronger position to come out ahead. Additional information is available at www.gartner.com/us/bpm. Members of the media can register by sending an e-mail to Christy Pettey at christy.pettey@gartner.com.

Additional information is available in the Gartner report "Despite Turbulent Economy, Companies Expect to Increase BPM Spending by More than 10% in 2009." The report is available on Gartner's website at http://www.gartner.com/....

Recommend Gartner Survey Shows More Than Half of Respondents Plan to Increase Spending on BPM by More Than 5 Per Cent in Next 12 Months Future of BPM to Be Discussed at Gartner BPM Summit 2009, October 5-7 in Orlando press release