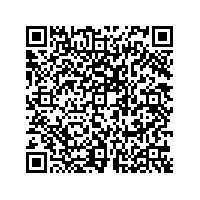 (PresseBox) ( Stamford, Conn., 10-11-02 )
Data growth is the biggest data centre hardware infrastructure challenge for large organisations, according to a recent survey by Gartner, Inc. Forty-seven per cent of survey respondents ranked data growth in their top three challenges, followed by system performance and scalability at 37 per cent, and network congestion and connectivity architecture at 36 per cent. Sixty-two per cent of respondents reported that they will be investing in data archiving or retirement by the end of 2011 to address the data growth challenge.

"While all the top data centre hardware infrastructure challenges impact cost to some degree, data growth is particularly associated with increased costs relative to hardware, software, associated maintenance, administration and services," said April Adams, research director at Gartner. "Given that cost containment remains a key focus for most organisations, positioning technologies to show that they are tightly linked to cost containment, in addition to their other benefits, is a promising approach."

The survey findings suggest that data archiving and retirement projects are the most popular response to this challenge, with 62 per cent of the global respondents reporting that they will begin investing in such projects or continue their current investment in them through year-end 2011. Other high-ranking IT projects that will be employed to address the issue of data growth are data security from internal, external or hacker risk; storage consolidation; storage management tools; and data reduction techniques.

System performance and scalability emerged as the second-biggest data centre infrastructure challenge in the survey. "As the global economy begins to revive in 2010 and organisations start to shift focus to a return to growth, IT organisations will be challenged to support the various growth initiatives," said Naveen Mishra, principal research analyst at Gartner. "Many data centre managers were forced to defer infrastructure upgrades and extend technology refresh cycles in 2009 and, as a result, are now dealing with an aging infrastructure or, in some cases, product obsolescence. Vendors wishing to tap into this re-opening market should propose infrastructure solutions that are high in efficiency and offer scalability as the demand grows, thus helping the companies to prepare for a return to growth."

Network congestion and connectivity architecture were the third-biggest data centre infrastructure challenge. The new generation of servers with multicore processors demands significantly high input/output (I/O), and if these servers are virtualised, this requirement further goes up. The traditional LAN switches are not designed to meet this sudden upsurge in network demand, because there are only a few switches with 10 Gigabit Ethernet connectivity. Increased reliance on WAN can be another trigger for network-related challenges as users are consolidating their IT systems, especially as individual users are increasingly working remotely or going mobile. Gartner advises vendors to help customers to be strategic with their network infrastructure rather than continue to take a silo approach.

"While survey respondents reported that their top challenge with respect to their data centre infrastructure was data growth, they did not rank 'existing data centre at or nearing capacity and/or utilisation limits' as one of their top drivers for strategic change in the data centre, " Ms Adams said. "Rather, when we asked respondents what the three most important drivers of strategic change in their organisation's data centre would be through the end of 2011, business continuity and availability came in first, with 50 per cent of respondents."

Mr Mishra said that the second and third most commonly mentioned drivers were cost containment initiatives - with 37 per cent of respondents - and maintaining or improving user service levels and satisfaction - with 36 per cent of respondents. He said that technology providers that tie their messaging to one of these drivers, or a combination of these drivers, are likely to see their messages resonating with users in large organisations.

More than half of the survey respondents plan to expand capacity at their existing data centre site by the end of 2011, and 30 per cent plan to build new data centres, although there is wide variance by respondent country. The top three technologies that respondents plan to invest in through 2011 are server virtualisation (67 per cent), application consolidation or rationalisation (56 per cent) and blade servers (51 per cent).

Additional information is available in the special report "User Survey Analysis: Key Trends Shaping the Future of Data Center Infrastructure Through 2011" which is available on Gartner's website at http://www.gartner.com/.... Countries included in the survey included Australia, Brazil, China, Germany, India, Russia, US, and the UK.

More detailed analysis on the key issues facing the data centre market will be discussed at the Gartner Data Center & IT Operations Summit 2010, 22-23 November in London, and at the Gartner Data Center Conference 2010, 6-9 December in Las Vegas. These events deliver a wealth of strategic guidance and tactical recommendations on the full spectrum of issues reshaping the 21st-century data centre.

Members of the media wishing to register for the Gartner Data Center & IT Operations Summit 2010 in London can register by contacting Ben Tudor, Gartner PR at ben.tudor@gartner.com. For further information on the Summit, please visit http://www.gartner.com/....

Additional information from the event will be shared on Twitter at http://twitter.com/... and using #GartnerDC.

Gartner, Inc. (NYSE: IT) is the world's leading information technology research and advisory company. Gartner delivers the technology-related insight necessary for its clients to make the right decisions, every day. From CIOs and senior IT leaders in corporations and government agencies, to business leaders in high-tech and telecom enterprises and professional services firms, to technology investors, Gartner is the valuable partner to 60,000 clients in 10,800 distinct organizations. Through the resources of Gartner Research, Gartner Executive Programs, Gartner Consulting and Gartner Events, Gartner works with every client to research, analyze and interpret the business of IT within the context of their individual role. Founded in 1979, Gartner is headquartered in Stamford, Connecticut, U.S.A., and has 4,300 associates, including 1,200 research analysts and consultants, and clients in 80 countries. For more information, visit gartner.com.