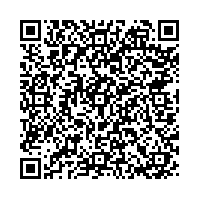 "The weakening economic environment had a deep impact on server market revenues in the fourth quarter as companies put a hold on spending across most market segments," said Heeral Kota, a senior research analyst at Gartner. "Almost all segments exhibited similar behaviour as users sought to reduce costs and spending, deferring projects where possible. Blade servers were one of the few segments to achieve any growth at all in this challenging environment. Unix servers on the other hand fell for the fourth quarter at 10.5 per cent in shipments and 13.7 per cent in revenue for the year."

From a geographic perspective, all regions apart from Japan saw a fall in revenue. While Japan had a 4.7 per cent revenue increase, Europe, Middle East, and Africa (EMEA) suffered the worst decline with revenues falling by 20.6 per cent. Even the emerging regions of Latin America and Asia Pac suffered with declines of 12.5 per cent and 14.8 per cent, respectively. North America server revenue declined 14.6 per cent. In addition to weak demand, strong exchange rate fluctuations also had a sizeable impact on server market performance, particularly in the Eurozone.

The top five vendors based on worldwide server revenue all experienced a decline in revenue in the fourth quarter of 2008. IBM continued to lead the worldwide server market based on revenue (see Table 1). The company ended the year with just over $4 billion in revenue, with its worldwide market share totalling 33.4 per cent in the fourth quarter of 2008. While IBM retained the No. 1 spot, it sustained a 17.4 per cent revenue decline, with most parts of the business declining. The only area of IBM's business to grow year-on-year was system Z, which continues to benefit from the efforts IBM has made to reinvigorate this platform.

Of the top ten vendors in server shipments worldwide, only three did not have shipment declines for the year: NEC, Lenovo and Dawning.

The weak economic environment also impacted x86 server demand as x86 server shipments fell by 11.4 per cent and revenue fell by 18.1 per cent for the fourth quarter of 2008. The relatively short purchasing cycle for these products mean this segment can see demand fall off particularly quickly.

For the full year of 2008, there was a dramatic swing from fairly strong results in the first half of 2008 to a severe decline in both shipments and revenue in the second half as the intensity of the economic downturn began to impact demand. Consequently worldwide server shipments increased 2.6 per cent from 2007, while worldwide server revenue declined 4.1 per cent in 2008.

Blade servers were still able to grow for the year with a revenue increase of 30.6 per cent and a shipment increase of 30 percent for the year. HP was the 2008 leader, accounting for 47.3 per cent of blade shipments, while IBM was in second place at 26.2 per cent. These two vendors continued to dominate this form factor.

"The outlook for 2009 is a very challenging one, with the pattern of the fourth quarter more indicative for the level of demand in 2009 than that seen in 2008 as a whole," Ms Kota said. "The continued weak economic environment will cause users to be extremely cautious with levels of expenditure which will make for a particularly challenging environment for vendors. The server market already has high levels of vendor consolidation but the conditions expected during 2009 will increase the threat of further consolidation."