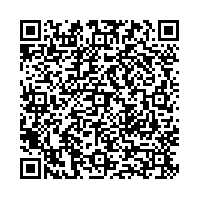 From the regional standpoint, Eastern Europe grew the most significantly in server shipments, with a 46.9 per cent increase in the second quarter of 2010, as well as the highest vendor revenue growth, at 26.2 per cent for the period. All other regions had varying shipment and revenue increases.

HP led the worldwide server market based on revenue (see Table 1) - the company posted just over $3.5 billion in server vendor revenue, and accounted for 32 per cent of worldwide server revenue for the second quarter of 2010. HP's share was up 3.1 per cent yearonyear.

Of the top five global vendors, Dell, Fujitsu and HP all had revenue increases for the second quarter of 2010.

In server shipments, HP remained the worldwide leader in the second quarter of 2010 (see Table 2) with its market share totalling 30 per cent, as shipments increased 23.3 per cent over the same period last year. This growth was driven by increased produced from HP's ProLiant brand.

Of the top five vendors in server shipments worldwide, Dell, Fujitsu, HP and IBM posted increases in units for the second quarter.

As noted above, the primary driver of the market growth for the quarter remained the x86based server hardware platform, as it was in the first quarter - there was a marked difference between x86based servers and nonx86 server platforms for the quarter, with the latter platforms remaining constrained overall. Blade severs had the strongest growth of any form factor, with an increase of 17.8 per cent in units and 32.8 per cent in vendor revenue for the first quarter.

"The EMEA server market's recovery continues with typical seasonal patterns being seen with the second consecutive quarter of positive shipment and revenue growth rates," said Adrian O'Connell, research director at Gartner. "While the market has recorded strong growth, we need to recognise that this is growth from a low base, and the market remains significantly below the predownturn levels of 2008. Growth is being driven by the pentup demand for replacements but ongoing economic concerns continue to limit overall levels of investment."

In the x86 market, total volume in EMEA grew 19.6 per cent in the second quarter of 2010. "The x86 market is the engine of growth for server vendors and, although shipment levels remained close to 20 per cent lower than in the second quarter of 2008, revenue is only 10 per cent lower. Virtualisation, although a slight inhibitor on volume levels is helping to drive richer system configurations, which is leading to stronger revenue performance," said Mr O'Connell.

"The first half of 2010 has seen continued challenges for vendors in the server segment of RISC and Itanium Unix. The combination of longer sales cycles for these systems, product refreshes and ongoing economic uncertainty has resulted in RISC/Itanium Unix revenue in the second quarter of 2010 being less than half that of the second quarter of 2008," said Mr O'Connell. "We expect this market to improve in the second half of 2010, but vendors in this segment will face an increasingly difficult challenge in minimising migrations to Windows and Linux platforms."

Gartner, Inc. (NYSE: IT) is the world's leading information technology research and advisory company. Gartner delivers the technologyrelated insight necessary for its clients to make the right decisions, every day. From CIOs and senior IT leaders in corporations and government agencies, to business leaders in hightech and telecom enterprises and professional services firms, to technology investors, Gartner is the valuable partner to 60,000 clients in 10,800 distinct organizations. Through the resources of Gartner Research, Gartner Executive Programs, Gartner Consulting and Gartner Events, Gartner works with every client to research, analyze and interpret the business of IT within the context of their individual role. Founded in 1979, Gartner is headquartered in Stamford, Connecticut, U.S.A., and has 4,300 associates, including 1,200 research analysts and consultants, and clients in 80 countries. For more information, visit www.gartner.com.